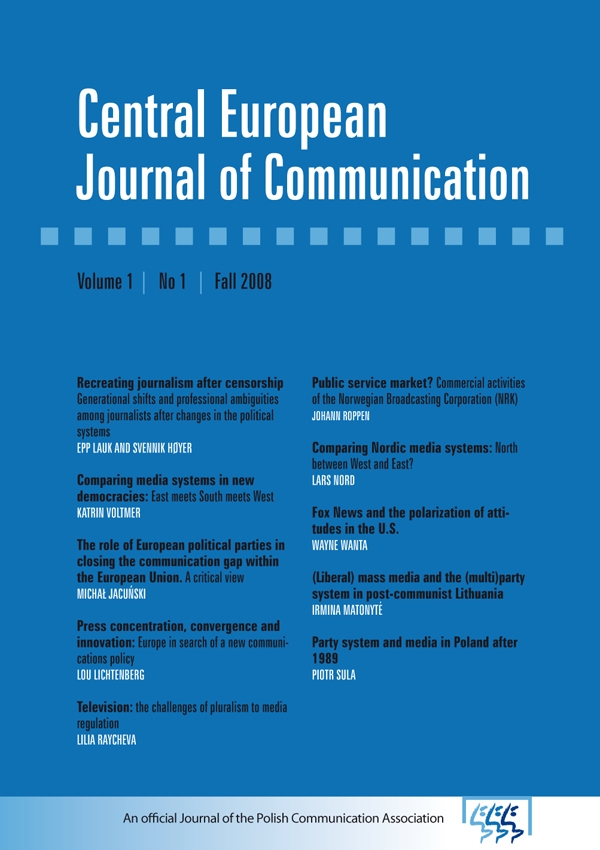 Recreating journalism after censorship. Generational shifts and professional ambiguities among journalists after changes in the political systems

Recreating journalism after censorship. Generational shifts and professional ambiguities among journalists after changes in the political systems

The system and practices of both German censorship in Norway in 1940–1945 and of Soviet censorship in Estonia in 1944–1990 were, because of their totalitarian nature, very similar. Some aspects of the reorganisation of the press in Norway and Estonia after the shift to freedom of expression are compared. In both countries freedom of the press released a high level of activity in publishing, attracting a lot of new and untrained journalists to the field. This created a generational shift, if not a cleavage, between old hands and neophytes. Since the younger generation was more numerous, the transition also implied tensions and ambiguities between different ideas of professional practices and values. When media began to consolidate in both countries, the job market became more competitive and journalists found themselves under commercial pressures and, somewhat paradoxically, in the same process became more professionalized. In Norway the old multi-party press re-emerged after a short while together with old routines from the mid-war period. In Estonia, the old Soviet press system was replaced with completely different one, based on private ownership and ruled by the free market.