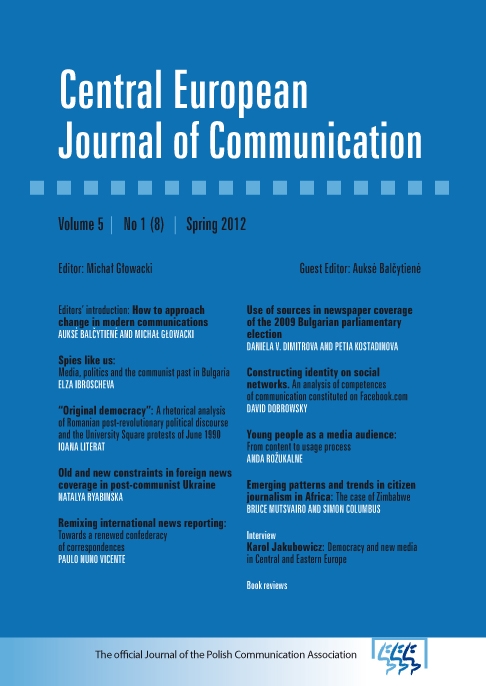 Although the importance of news sources is widely acknowledged in journalism and political communication, few studies have examined source use in election news reporting in Bulgaria. Based on a content analysis of the two national dailies with the highest circulation, the present study demonstrates that domestic politicians vastly outnumber other types of sources. In addition, election news articles rarely incorporate more than one news source, thus limiting the diversity of opinions in the press. Such coverage may potentially lead to a narrowing of the range of discussion about political issues and give national political elites the power to define the issues for the public.