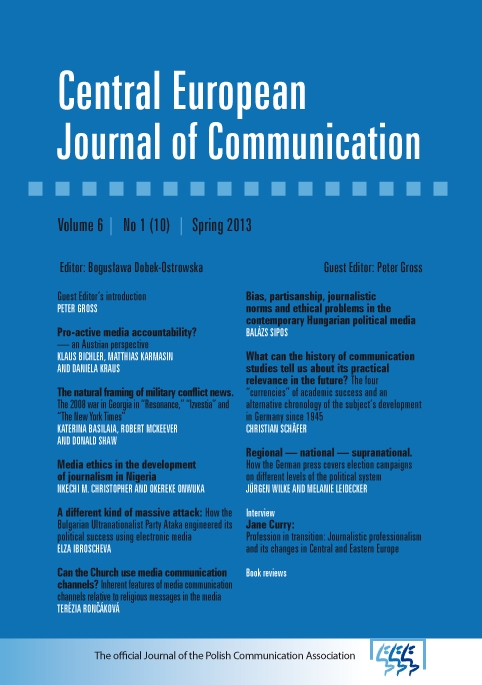 The analysis of election campaigns is a long-standing tradition in communication science. Since the classic Erie County study 1944 there have been multiple studies on how the mass media cover parliamentary and presidential elections. But the studies primarily focused on elections at the national level and a growing number also at an international level. The role of the mass media in regional elections has been analysed considerably less often. One field which has been neglected so far is to compare press coverage on the aforementioned three levels of the political system, namely the regional, the national, and the supranational level. Our quantitative content analyses of German newspapers 2009–2011 show if and how much election campaign coverage on these three levels differs. Because of these differences we propose to distinguish between first-rate coverage of national elections, second-rate coverage of regional elections, and third-rate coverage of European elections. The gap between these levels may result in different perceptions of the campaigns by the public.