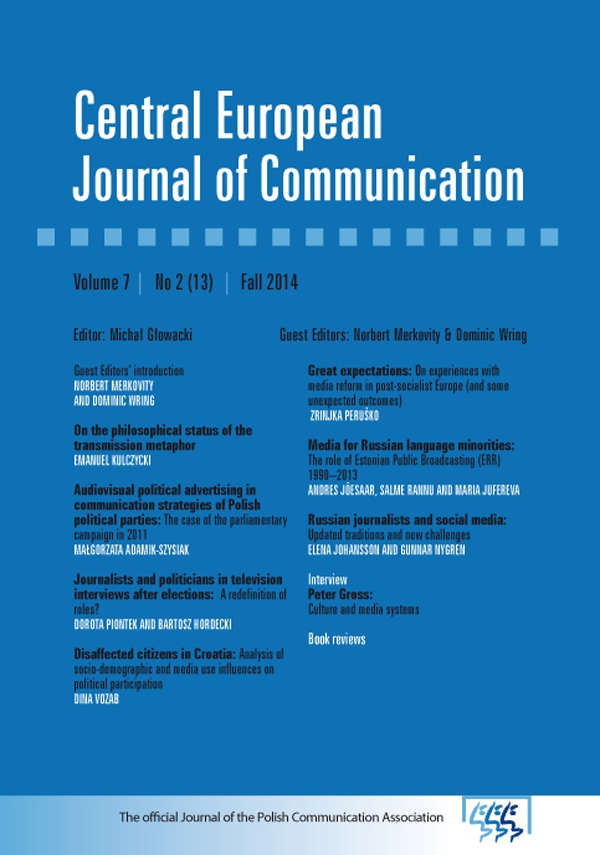 Disaffected citizens in Croatia: Analysis of socio-demographic and media use influences on political participation

Political scientists have noted a rising popular indifference to politics which is indicated with declining voter turnout in advanced democracies. Similar trends emerged in the radically changing “high choice” media environments. Studies in political communication Blekesaune et al., 2012; Prior, 2005; Strömbäck et al., 2012 have shown that audiences are “tuning out” of the news and current affairs programs and that the gap between the politically active and inactive is widening. The aim of this paper is to analyze those who abstain from political participation in Croatia in terms of socio-demographic characteristics and media use. National media systems are important factors in explaining differences in news consumption and political knowledge. This analysis will serve as a case study of how a changing media environment interacts with political participation in a post-socialist political culture. In the analysis binary logistic regression will be used on the data from the online survey on media audiences.