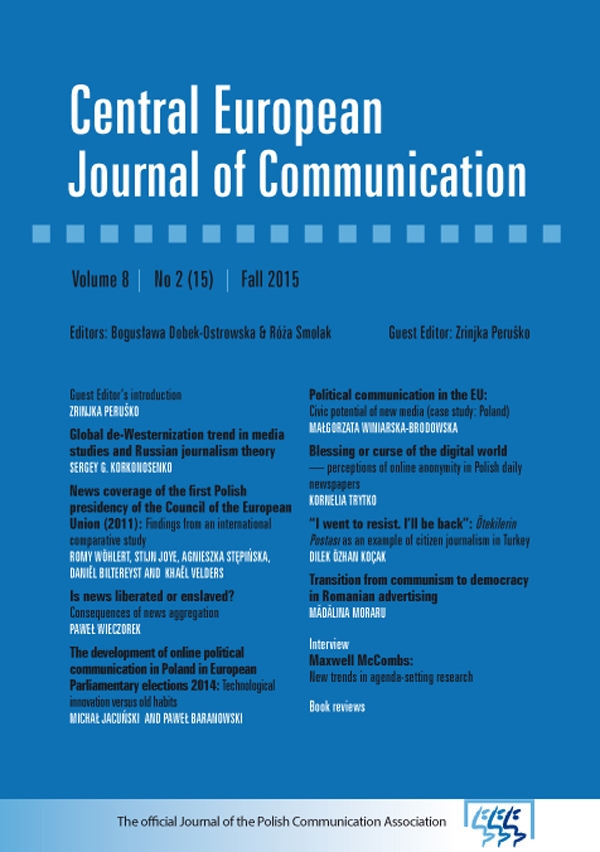 The aim of the paper is to present empirical findings on political communication in the European Union, elaborating especially on the engagement of Polish citizens and participatory democracy in this part of Central and Eastern Europe. Drawing on Peter Dahlgren’s approach to media and political engagement, the study concerns the development of EU civic cultures. Content analysis of the “Debate Europe” online discussion forum and the European Commission’s Facebook pages allowed the evaluation of EU citizens’ diverse practices concerning the European elections in 2009 and 2014. The internet has changed models of political participation. It plays an important role in the communication between EU institutions and EU citizens. It enables citizens to contribute to the European communicative space, even if the described process is asymmetric, dominated to a large extent by Brussels. New forms of civic involvement and less formal types of participation can be identified.