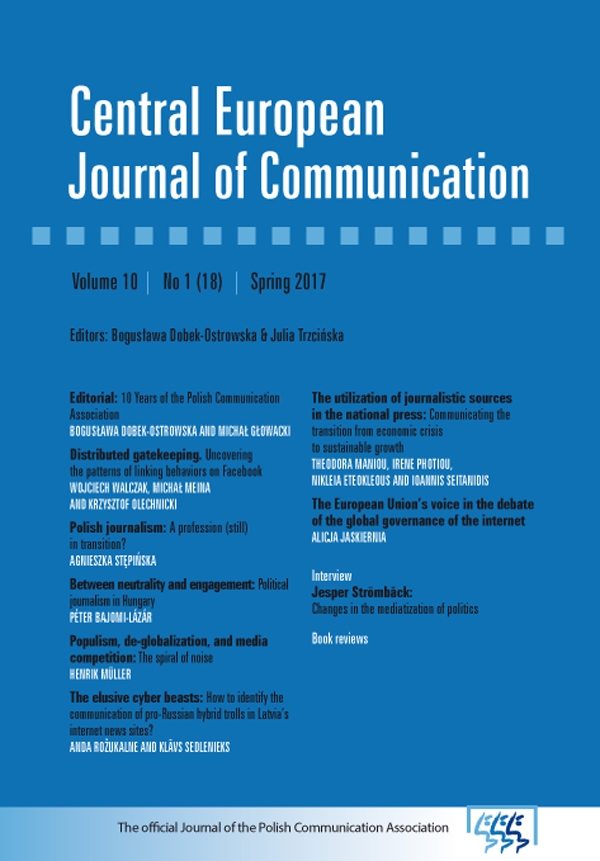 The elusive cyber beasts: How to identify the communication of pro-Russian hybrid trolls in Latvia’s internet news sites?

The research described here was performed on the background of the geopolitical fluctuations in Eastern Europe and the annexation of Crimea by Russia. These events caused fear of pro-Russian propaganda particularly in the so-called Internet hybrid-trolls, i.e., commentators who are on the payroll of Russian state agencies who disrupt internet discussion boards with massive pro-Russian information and opinions. This paper describes methodology of identifying possible hybrid-trolls, data gathering from the biggest Latvian online news sites delfi.lv, apollo.lv, tvnet.lv that provide information in Latvian and Russian language, and analysis of the data by means of quantitative analysis as well as qualitative, that included content analysis and a case study. The analysis shows that the presence of pro-Russian hybrid trolls is inconclusive. However, following the outlined methodology some cases were recorded. Quantitative as well as qualitative analyses demonstrate that the overall presence and exposure of the alleged trolls in the given period was insignificant and the influence of trolls on public opinion highly questionable.