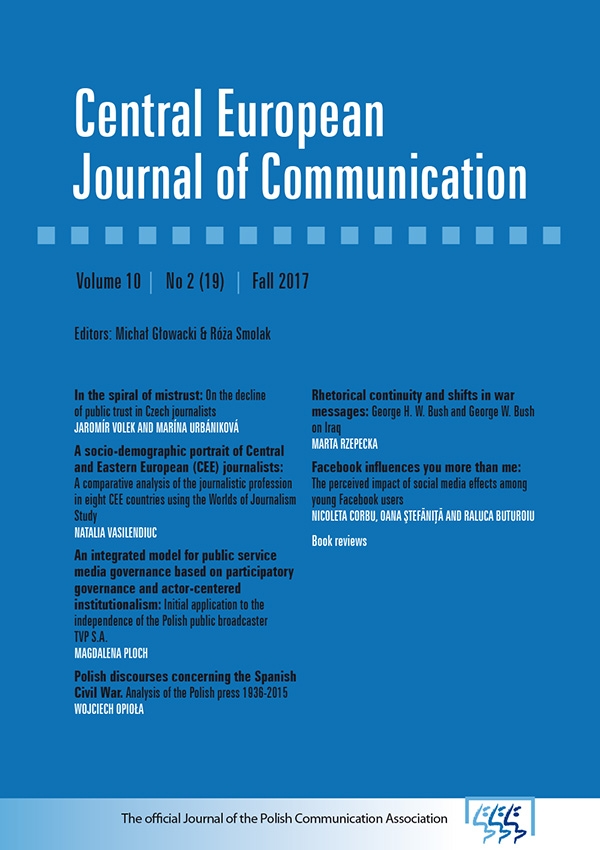 Facebook influences you more than me: The perceived impact of social media effects among young Facebook users

The popularity and prevalent use of Facebook among young people are common pre­occupations for communication researchers. They focus on unveiling people’s motivations, usage be­haviour, and gratifications offered by this communication medium. However, little attention has been invested in examining how young people perceive this new type of media consumption and its effects on themselves as compared to others. Drawing on Davison’s 1983 third-person effect hypothesis, this research paper investigates the a differences in estimated Facebook effects on self versus others, b association between the desirability of the message anti-social versus pro-social and estimated Facebook effects on self versus others, and c association between the type of the message and es­timated Facebook effects on self versus others. These relationships are studied with reference to the behavioural component of the third-person effect. Results confirm that Facebook might influence the magnitude and direction of the perceptual gap of media effects.