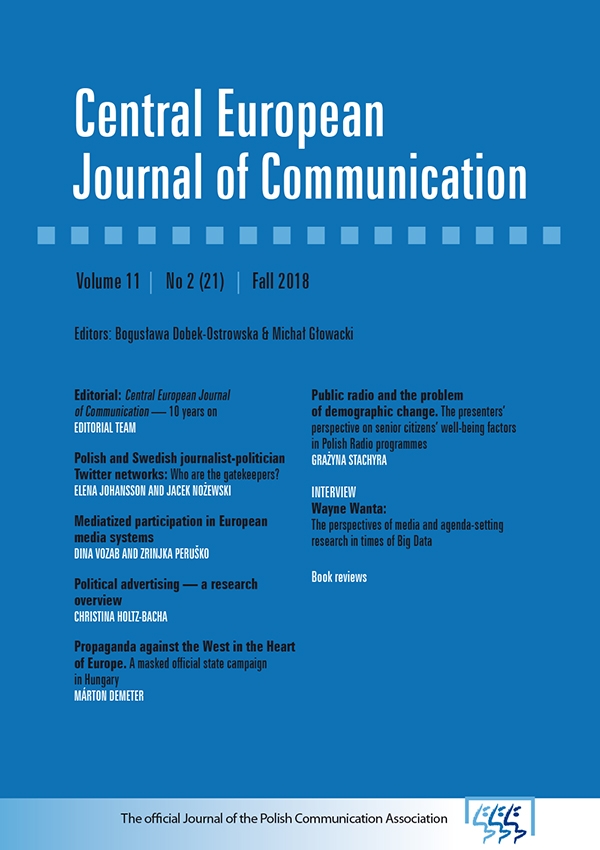 Polish and Swedish journalist-politician Twitter networks: Who are the gatekeepers?

The relationship between journalists and political sources takes different forms and extends from adversarial to advocating. Th e question which side ‘leads the tango’ has always been central to this approach. Since technological development has led to hybridization of themedia systems, the nature of communication has been reshaped in many ways. The emergence of social media has challenged the journalistic profession, especially journalists’ role as gatekeepers, but provided extra space for interaction with sources. Increasing professionalization of politics has reinforced the role of press secretaries/advisers. This is a comparative study of interaction among Polish and Swedish journalists, ministers, and press secretaries in Twitter provided by network analysis and three social network concepts as density, modularity, and centralization. In this analysis, a more influential position is conceptualized in terms of ‘communicative resources’ or ‘accumulated capacity’. Swedish journalists have more opportunities to act as gatekeepers or ‘key users’ in the Twitter network; in Poland, it is rather the political side.