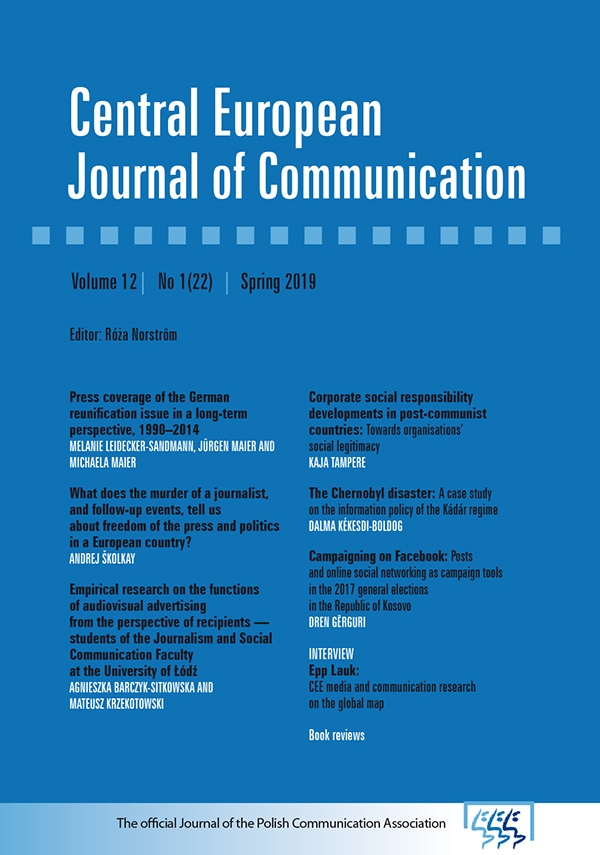 Campaigning on Facebook: Posts and online social networking as campaign tools in the 2017 general elections in the Republic of Kosovo

The 2017 general elections in Kosovo are the first to be considered for the high use of Facebook by political parties. Kosovo has nearly 1 million Facebook users, and this is one reason that has pushed all political parties, without distinction, to include Facebook in their electoral strategies. The paper analyses the use of Facebook by political parties in the 2017 general election and deals with the adaptation of Kosovar political parties with this new form of political communication and their popularity on Facebook. Data were collected during the campaign using the software R. In the fourth age of political communication, the web 2.0 has changed political  campaigns and the flow of information now is more dynamic than in the past. The paper presents the flow of information/messages through Facebook, with politicians connecting directly with citizens, bypassing traditional media. Through a quantitative content analysis of the seven parties’ Facebook pages, it is analysed how they used Facebook as a campaigning tool and based on the findings, the mobilisation function was the dominant one.