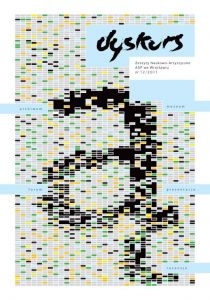 The Muse… Variations on an Idea

From the beginning of its history, film has been considered as ideal synergy of art forms, including painting, literature, music and dance. ‘Moving pictures’ on artists and art belong to a particular group of films. Traditionally, Muses were connected with movement. Even today, artists produce images of muses dancing in circle: Calliope, Clio, Erato, Euterpe, Melpomene, Polyhymnia, Thalia, Terpsyhore and Urania.
Iwona Grodź writes about Cinema as ‘the Tenth Muse’, who quickens the imagination of a film director in order for him to produce art.
The idea of ‘the Tenth Muse’ is connected with the plasticity of film because film is connected with such art forms as pictures, sculpture, architecture, ornaments artistic design of costumes, weapons. The functioning of those elements in film is usually considered in two contexts. Firstly, film is imbedded in visual arts feature and narration are the two layers of film. Secondly, film includes artistic photography and refined screen-play design film-shooting technique.
Grodź writes on the idea of the Muse, who can be a painter, such as Frida Khalo. She analyses the film entitled Frida in the context of biographic films. She also considers the model of Johannes Vermeer as the Muse, and analyses the film entitled Girl with a Pearl Earring not only as the biographical movie, but as the film about art and ‘the second degree inspiration’.