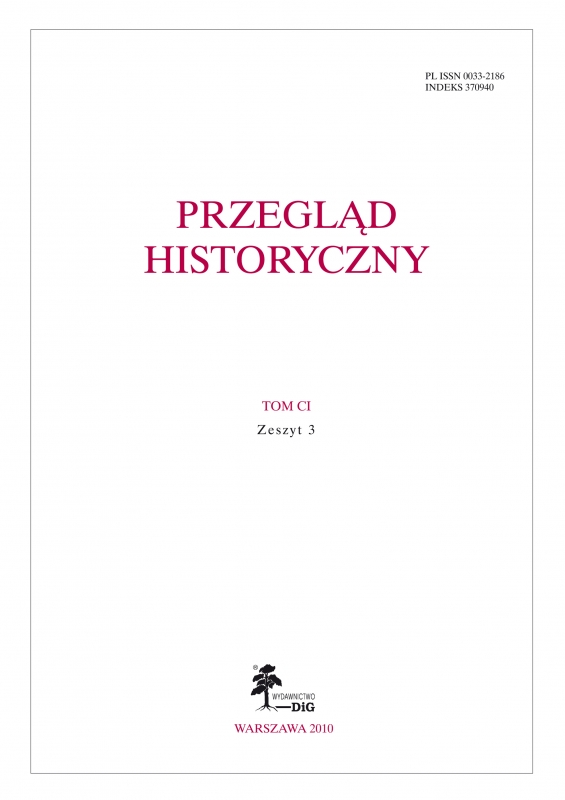 Celebrating Historical Anniversaries: The Copernicus Year and the Renaissance Year 1953

B. Popławski’s article is a case study. It is devoted to the state organized celebrations of the anniversaries related to Polish history and to the history of the communist movement after World War II. The Copernicus Year and the Renaissance Year were among first such events. Numerous institutions were responsible for the organisational side of the celebrations: governmental Ministry of Culture and Art; Ministry of Science and Higher Education, scientific Polish Academy of Sciences, the universities, scientific societies, the press, the Polish Radio, and the film industry. A special organisational structure with a state–sponsored budget was established to this end. The structure was headed by an Honorary Committee consisting chiefly of politicians and operated through an Organisational Committee scientists, specialised Sections history, history of science, history of literature, history of art, history of the Polish language and Commissions scientific, popular–science, for exhibitions, for editorial tasks, and for international cooperation. Local self–government and scientific societies were also advised to join in. All these elaborate measures resulted in numerous scientific conferences, popular–science presentations, exhibitions, book and press
publications, films, radio recordings, setting up of tourist routes in places related with either the monuments of the Renaissance or with Nicholas Copernicus, etc. The author points to the differences in motivations of the persons and whole institutions engaged in these celebrations. For the communist authorities it was a measure for introducing new popular feasts and heroes, to replace those commemorated prior to the second world war. For all other parties such activities merely provided chances to acquire additional funding. The scientists also valued the opportunities to re–establish contacts with their foreign colleagues, otherwise rare in the everyday practice of the enclosed communist state.