The article discusses the polemical writings, concerning the resurrection of Christ and what happened with his body, which arose between Christians, Jews and pagans from the moment of appearance of the gospels until the waning of antiquity St. Jerome. Janiszewski confronts also the evidence provided by the gospels on the Deposition with the funerary customs of the Romans and the Jews at the beginning of the first millennium.

The author brings forth the opinion widespread among the Jews that the disciples of Christ secretly took the body out of the burial place. Traces of this opinion are to be found in the Gospel according to St. Matthew, which was written in the Roman East, and which clearly opposes such accusations. These polemics were continued in later Christian writings, among others by Origen, who pointed out reasons both moral contradiction with the teaching of Jesus and practical fear of reaction of other people, if the theft became disclosed, and impossibility of opening the tomb without waking up the sentries, why Christ’s disciples couldn’t have done it. The arguments of the Greek and Roman pagan thought according to Janiszewski are known from Porphyry’s treatise Adversus Christianos, which stressed the weakness of the Christian case: small number of witnesses, all of them disciples of Jesus, moreover interested in his authenticity. Janiszewski also is of the opinion that in the Gospel according to St. John there is another trace of this discussion, on the Christian part: the evangelist’s account shows that Jesus’ disciples accepted the veracity of the Resurrection only step by step.

In discussing the funerary customs of the times, the author points out that during the early period of the Roman Empire bodies of executed convicts were not allowed to be buried. To secure the realisation of this law crosses bearing the bodies were guarded by soldiers. Palestine was an exception in this respect, where the burying of the dead before sunset was a strong requirement of religious nature. According to Amos Kloner and Boas Zissu it was possible that bodies of the executed were laid in temporary graves and returned to the families when they disintegrated or when the grave was overfilled. Such graves were guarded not only from the family members, but also from persons practicing magical rites, who stole corpse fragments, in particular of those who suffered a cruel death, in expectation that such deceased would become strong bad demons. One cannot exclude that Christ was interred in such a temporary grave. 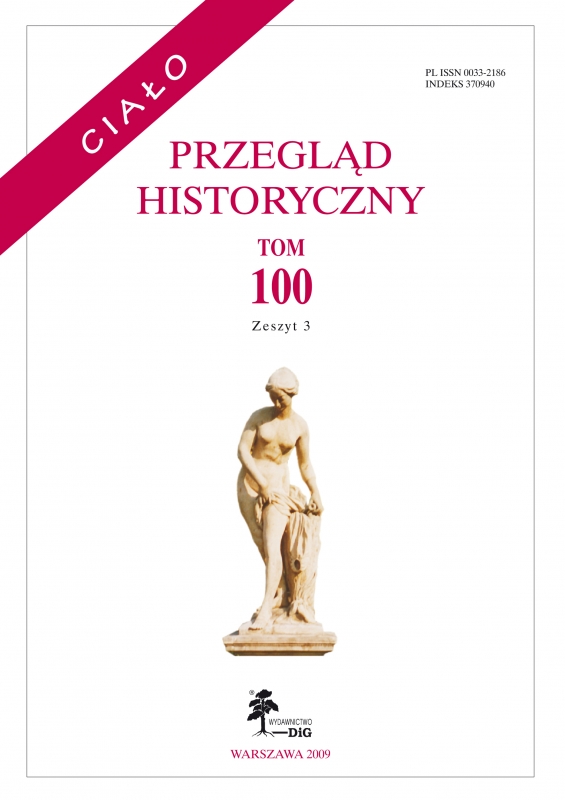