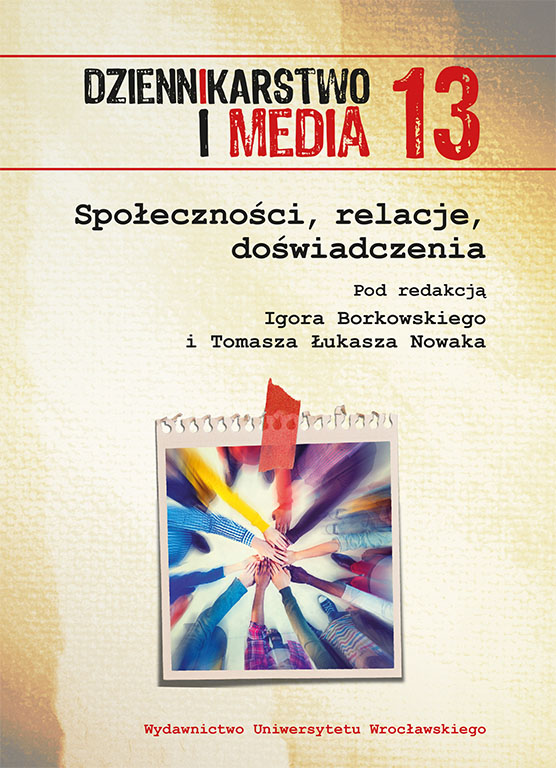 The article describes the analysis of ways in which cultural topics are presented in radio broadcasts. Two episodes of the programme Cztery pory roku (broadcast by Polish Radio One) were analysed. The aim was to determine if the discourse generated by the radio station contains the cultural background (related to Fat Thursday) that is used in communication with the audience, and if so — what are the transformation areas and general principles of it.
The examined material was selected in a non-probabilistic way, considering the proportional weight of the compared elements. The analysed content consists of two episodes (dated 23rd February 2017 and 20th February 2020) — this made the confrontative comparison method available. The sample was analysed both quantitatively and qualitatively.
The quantitative research part contains calculations of air time management for both episodes and summary of proportions between equivalent programme contents in different years. The qualitative research part reports the composition of broadcast content and its macrostructure. Here are shown the means used by the station to shape the discourse to process the cultural content and also ways of using the cultural background in the generated media discourse.
The results prove that there is an area of consistency in the broadcaster’s discourse — unaffected by a three-year distance between the analysed episodes. The structure of the programme mostly does not change as well as its substantive shape. Among the noticed changes are (in the 2020 episode): a widened time period containing culture-related topics, a limited number of social-sensitive topics, a growth in the number of mentioned global topics but without their substantive extension.