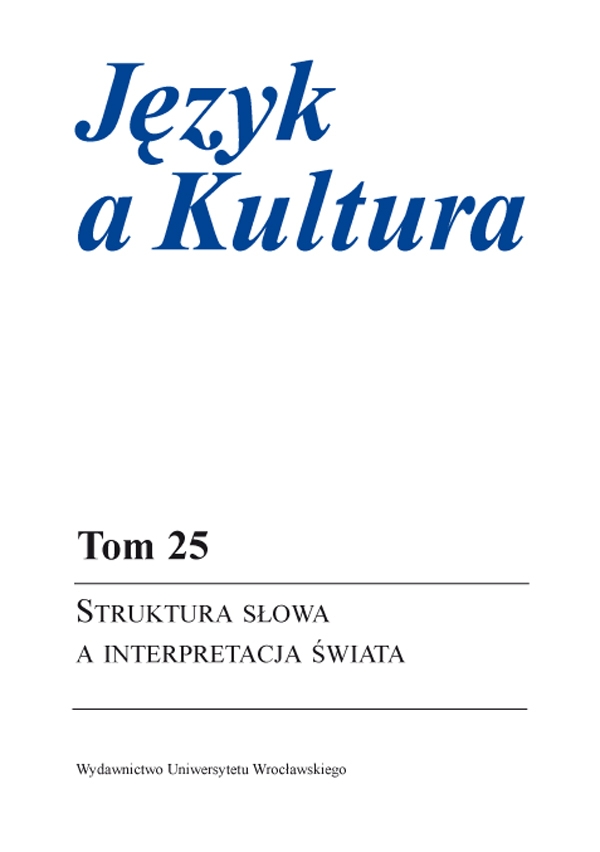 Names of sounds are a base for forming new words. Among the derivatives created from names of sounds there are names of sources of sound, names of carriers of features connected with sounds, names of places and metaphorical expressions.
These derivatives have three types of word-formation motivation: associative motivation attributing inessential, but perceptible features typical for names of animals, proper motivation depicting sound as an essential semantic element of a referent frequent in names of objects and appliances and metaphorical motivation presenting a resemblance to persons or objects with regard to connection with sounds characteristic for names of people and names of speech.
Some typical roots denoting sounds have been used for the formation of new sounds, such as like klep- tap- depicting sounds of hits during handiwork, szczek- bark- which describes dog sounds, pisk- squeal- which names treble and long sounds and also głuch- deaf- applying to a lack of sound.