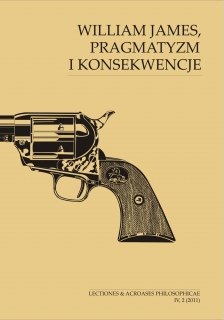 There is an interesting common feature of all pragmatic philosophers. Their subtle considerations, accurate analysis and brilliant criticism often lead to trivial conclusions. The consequence of this is methodological trivialism whose examples we can find in the leading representatives of pragmatism: James, Dewey, Rorty and Putnam. In this article I am trying to characterize this trivialism  as well as to answer a question about its source. I defend the hypothesis that this trivialism results from the fact that pragmatists do not have theoretical goals, but practical ones – very often political. Their attitude can be described as a variant of puritanism, because by promising to liberate from repressive philosophical tradition they ultimately offer a much more doctrinaire position.