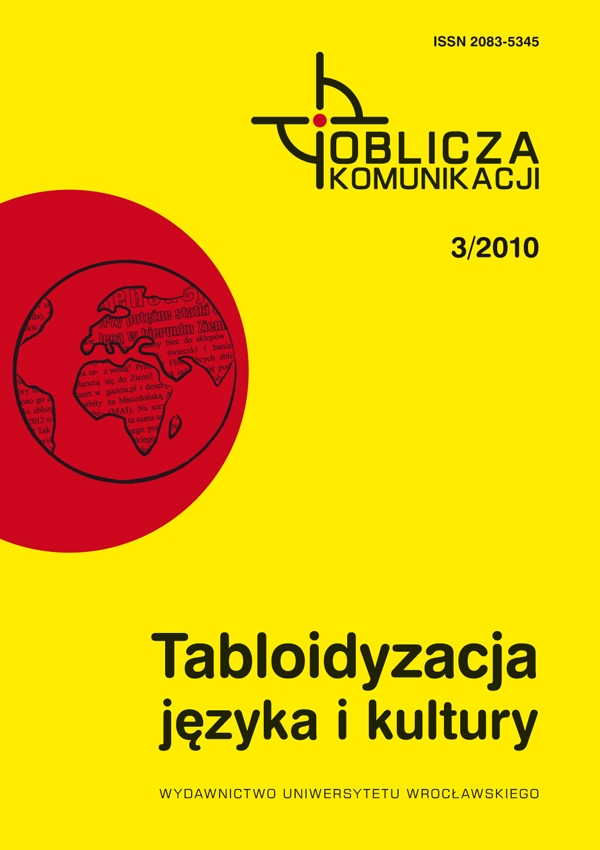 The television news as a tabloid

The development of mass media caused a situation where television became a main carrier of linguistic patterns. The aim of this article is to analyse the specific change of television information, which created a new genre — infotainment — programme with a mixture of news and entertainment features. The television is described as a tabloid or trash tv. It is some kind of informal, fast food language, which is easy to digest for viewers.