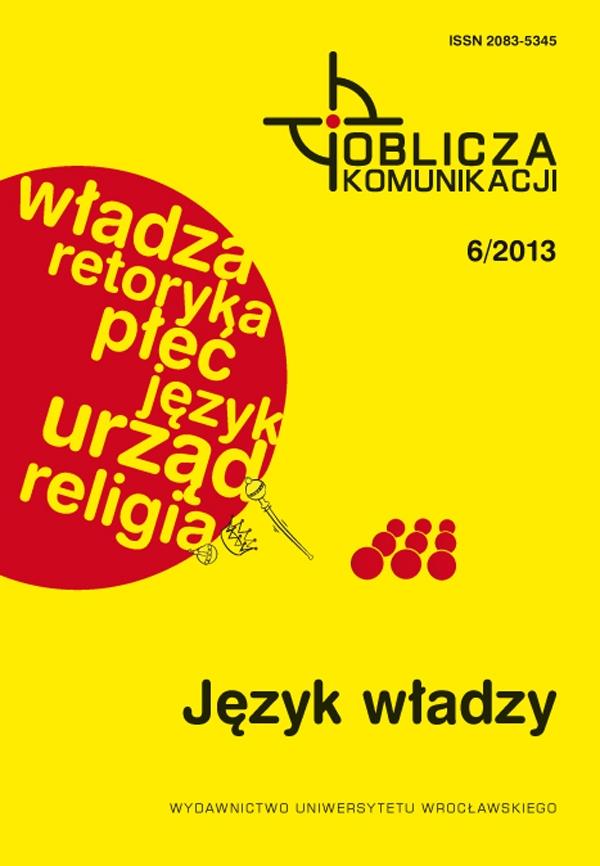 The author presents a rhetorical analysis of selected scenes from the film Dyrygent Conductor, 1979, in which Andrzej Wajda painted contrasting portraits of two conductors: Adam Pietrzyk and John Lasocki, showing them in a dialogue with the orchestra and in two different styles of verbal and non-verbal communication. In Wajda’s work the orchestra is a metaphor for society, the nation; the conductor is a type of leader, while conducting is a metaphor for exercising power, exerting influence, gaining obedience and enforcing actions. Like conductors, different leaders have different styles of leading. Having studied the actio of the two conductors, the author has defined their leadership styles as authoritarian and democratic, respectively. In addition, Adam Pietrzyk is described as a formal institutional leader, officially designated acting director of the orchestra; John Lasocki is shown as an informal natural leader, exerting influence on the ensemble thanks to qualities that are important for the achievement of a common goal. While Adam is a mediocre leader, the Master is a leader who is charismatic, who attracts attention with his style of speech, movement, appearance and his entire personality; he is characterised by high social intelligence and he knows how to treat people on an individual basis, accurately reading people’s reactions. The analysis enables us to recognise the message of Wajda’s Conductor: society may create or do a work together, if the leader acknowledges and respects the community as a collection of different people, whose rights are based on equality, yet do not arise from the equality, but rather from the uniqueness and — in the personalist sense — incommunicability of every participant. Every person in the orchestra — or: in society, nation, in a given time in history — brings to the overall consonance his or her own tone and own interpretation of sound.