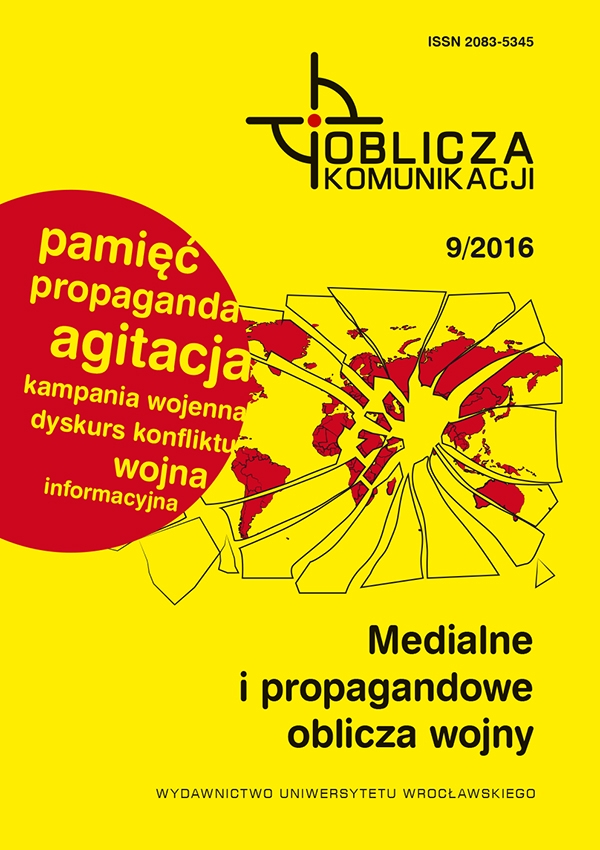 Propaganda campaigns and strategies accompanying the construction of the Berlin Wall

The article deals with propaganda campaigns connected with the construction of the Berlin Wall. Propaganda activities assisted the police operations which were aimed at the separation of the east sector from the west sectors of Berlin. These activities took place before, during and after the operation 13, August 1961. In the first part of the paper I describe the prior campaign on the basis of daily newspaper „Neues Deutschland”, the main press organ of the political party SED. The two dominating topics are related: „the human trafficking” and the people regularly crossing the sector border. Refugees became the main topic of the campaign due to the constant mass outflow of people from 100 to even 300 thousand people fled through West Berlin annually. The fake story, common in the soviet Stalin era, tells about western agents recruiting and trading citizens of the GDR to the West. They were denominated by the propaganda as „head hunters” or „human traffickers”. The people regularly crossing the sector border became the inner enemy. They lived in the eastern sector and worked in the western sectors which resulted in higher revenue. By manipulating the aroused feeling of jealousy the propagandists turn the group into a scapegoat. They accuse them of lack of merchandise and of offences. To put an end to these activities the border had to be closed. The closer to the day of the operation, the more aggressive and hysteric becomes the campaign. The culminant events are the „show trials” at the end of July 1961 during which the assumed „human traffickers” are sentenced to prison. The second part of the article deals with post campaigns which aimed at integration of the citizens within the borders of the DDR.