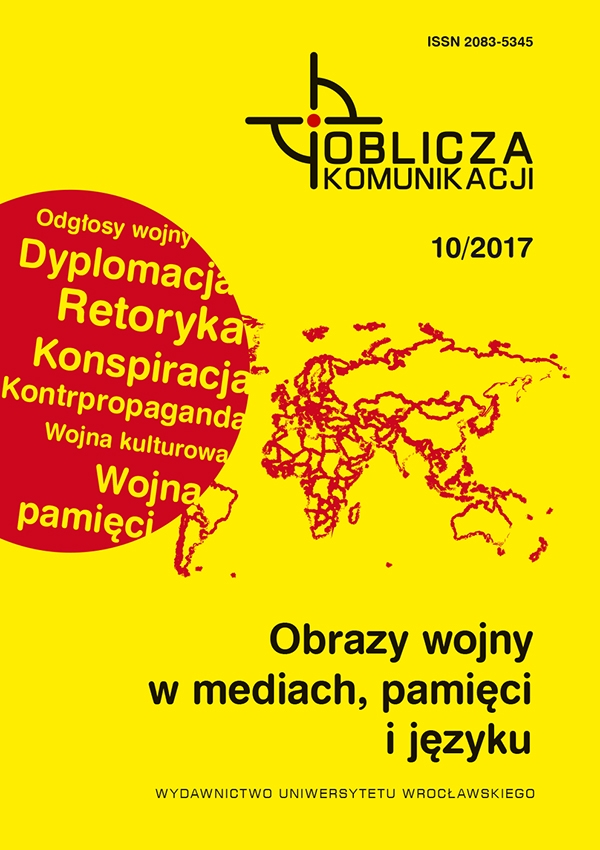 A matter of honour. Józef Beck’s address delivered on 5 May 1939 in the Polish parliament and the principles of rhetoric

The paper presents the analysis of Józef Beck’s parliamentary speech on 5 May 1939, showing its characteristics as well as its unique value in different facets of the speaker’s creative act. Accordingly, the paper has been divided into seven sections. The first one provides a historical outline and an attempt to reconstruct the background of the keynote address by the minister of foreign affairs. The second one characterises Beck as a diplomat, allowing to understand the person who adopted a role of public speaker in Poland under an imminent threat of war with the German Reich. The third one introduces some details on how the chief of diplomacy prepared himself for delivering a definite statement of his policy. The fourth, fifth and sixth sections contain the actual analysis of the text presented to listeners, and also examine how the speaker complied with the principles of the rhetorical art on the consecutive stages inventio, dispositio, elocutio of creating a text as intended to be delivered. Finally, the seventh section of this study briefly summarizes how the stages of memoria and actio, i. e. memorising and giving the speech, were conducted, according to the audiovisual record of Beck’s address delivered in the Polish Sejm.