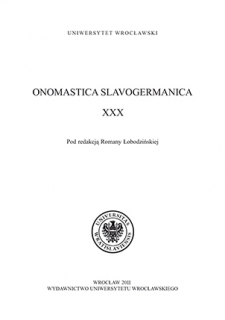 Władysław Nehring as a researcher on literature of Romanticism

The article focuses on research of Władysław Nehring's on Polish Romanticism. It attempts an analysis and assessment of the researcher's achievements in this field. Polish Romantic literature became an object of Nehring's interest ever since he worked in schools of Great Poland so before his taking over chair of Slavic philology at the University of Wrocław 1868–1907. Evidence of his fascination with the period of Adam Mickiewicz this is how Nehring described Polish Romanticism are substantial passages on this period in his coursebook Kurs literatury polskiej dla użytku szkół Poznań 1866.

Nehring clearly stated there that development of Polish Poetry took place no sooner than in the period of Mickiewicz. In the mature period of his scientific work on literature of Romanticism there are outstanding studies on the most prominent texts by Polish inspired poets. Most important are essays on Grażyna, Konrad Wallenrod and Pan Tadeusz by Adam Mickiewicz, Balladyna and Lilla Weneda by Juliusz Słowacki and Nie-Boska komedia by Zygmunt Krasiński.

In his research Nehring  particularly paid attention to both cultural background and genology genre. He was also the first scholar to systematically research on Mickiewicz's lectures in Paris O paryskich prelekcjach Adama Mickiewicza. One of most interesting Nehring's scientific projects was an attempt to explain the influence of Andrzej Towiański's texts and personality on Polish Romanticists Nieznane szczegóły z nauki Andrzeja Towiańskiego.