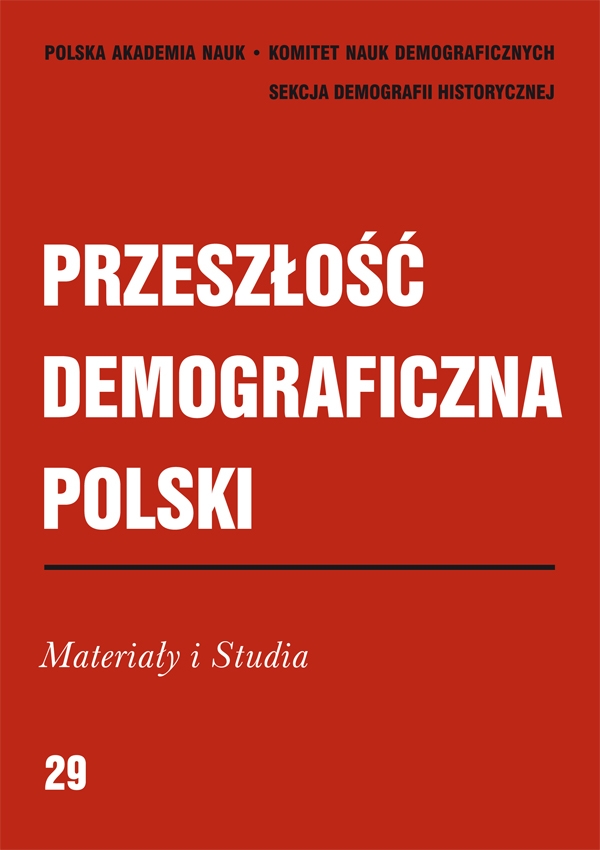 The text presents the initial results of research on the demography of magnates in the Grand Duchy of Lithuania. The author analysed three families: the Radziwiłł, Sanguszko and Chodkiewicz families. She studied the duration of marriages, the number of children in the marriages, the age of male representatives of the families when they married, as well as the age of the women they married. The study was based on published sources, manuscripts, genealogy works, family monographs and biographies.
In these three families men married when they were on average slightly over 33 years old; the average age at first marriage was 27 years and at remarriage — about 39 years. Women married at the average age of 20; the average age at first marriage was over 19 years and at second — 23 years. Marriages 114 total lasted on average 14.2 years; they were shorter in the 16th and the 17th century about 12 years and longer in the 18th century about 18 years. First marriages 80 total lasted on average 15.5 years median: 12 years, and second — 11 years median: 8 years.
In all marriages the average number of children was 2.8 children per couple median: 2, and the number of children surviving to adulthood was 2 per couple. The average number of children in first marriages was higher than in remarriages. Almost three-fourths of children surviving to adulthood were born in first marriages. About half of remarriages were childless.
Judging by the results of these three families, fewer children were born to the magnates than to other social groups, but the survival rate of magnate children 71% was higher than that of children in other groups. Taking into account the survival rate of male descendants, we can see that there was no complete generation renewal in these three families.