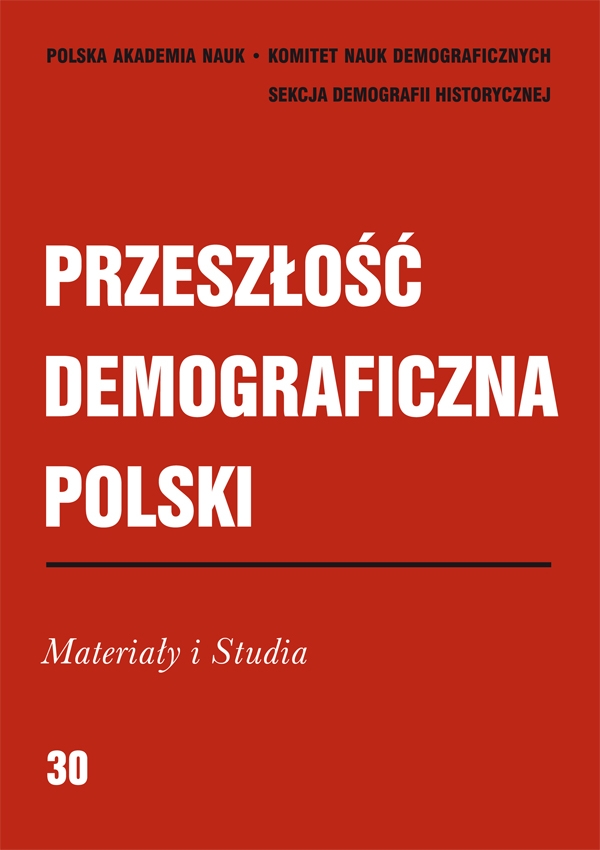 In the late 18th century the Roman Catholic parish of Gorzków was located in the Krasnystaw district, Ruthenian province, south-west of Krasnystaw. It was an ethnically and religiously diverse area, a Polish-Ruthenian and Roman-Greek Catholic borderland. There were neighbourly and family links between the two groups. The article is based on a parish census of 1791. According to the census, the parish comprised the town of Gorzków and 12 villages inhabited by 2420 people, 222 of whom lived in the town.
On average, 5.5 lived in a peasant household. This number was influenced by natural population movements as well as spatial mobility of people servants, landless tenants and adult children leaving their parents’ farms. The most populous households were those headed by 45–49 year-olds. On average, there were 5.8 people living in those households.
Most peasant families living in one household in this parish were made up of two generations 77% of families, with very few families being composed of one 13% or three generations 10%.
To use Peter Laslett’s typology, the Gorzków parish was characterised by a high number of nuclear households 73% of the parish, which was markedly different from the situation in the nearby Greek Catholic parishes, where nuclear households accounted for just 41% of the total, with the number of complex families being slightly higher 44%. In the Gorzków parish, complex households made up 8% of the total and extended households — 16%. Single person households and non-family households were rare.