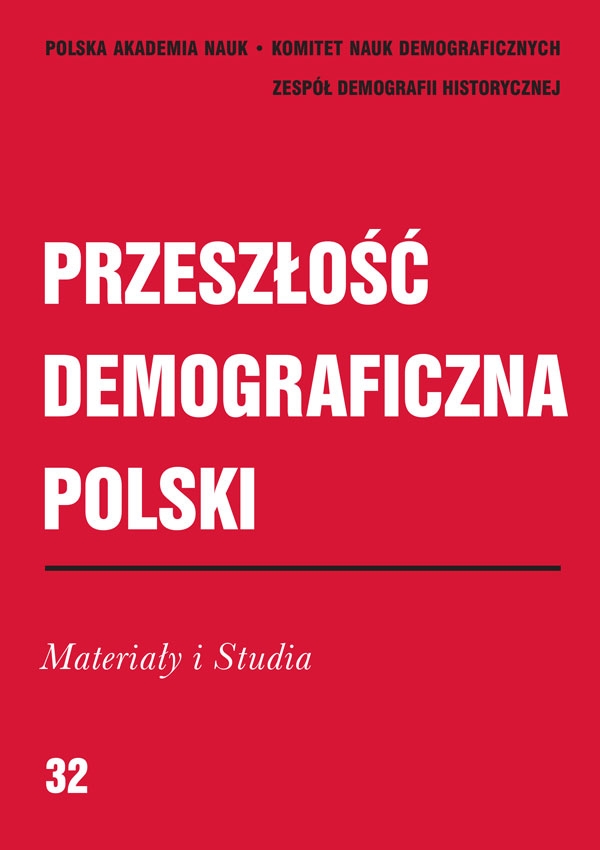 The main aim of the study is to carefully examine population trends occurring among the residents of Cracow between the late 19th and the early 20th century, and to place them within a broader context of a demographic transition model. The author has analysed a range of population and vital statistics, using general crude rates and synthetic life expectancy, TFR demographic measures. The results show a remarkable speed of demographic change within the urban population of Central Europe. The onset of mortality decline can be dated as far as the late 1870s, while fertility shows symptoms of a downward trend from the 1900s. In addition, the author demonstrates that the significant rise in life expectancy at birth which more than doubled between 1880 and 1931 cannot be attributed only to an improvement of medical services or the city’s infrastructure. At the same time deep changes in fertility trends during the analysed period were a result of at least two phenomena. While in the pre-World War I era the fall in the number of children born to a woman was caused mainly by the so-called Malthusian mechanisms, including rising age at marriage and increased celibacy rates, in the inter-war period there is serious evidence of conscious and effective use of contraception.