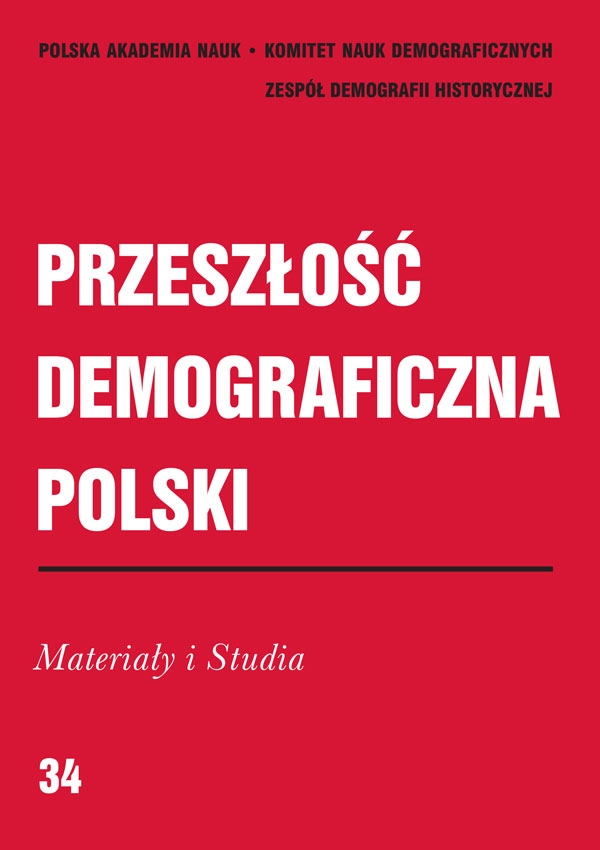 The article is an analysis of the group of individuals who chose, in accordance with the provisions of the Treaty of Versailles, Polish citizenship in the Government District of Szczecin. The analysis is based on aggregated individual data obtained from archive material, i.e. the list of optants, and grouped into specific categories and variants.
A total of 340 persons intended to leave the territory of the Government District of Szczecin. They included children and spouses, who were also allowed the right to choose. The applicants made up 34.7% of the total number of the potential migrants. The majority of optants wanted to emigrate with their families a considerable number of children, with fewer people intending to emigrate alone. Except for the urbanised Szczecin 17.9%, the vast majority of the potential migrants lived in rural areas. Workers, farmers and people who did not provide information about their occupation constituted the largest number of the applicants.
The outflow of Polish optants from the Government District of Szczecin did not take place on a large scale. Most of them were of low social and occupational status, and usually worked on estate farms, where they had come even before the outbreak of World War I, providing cheap labour for the Junkers.