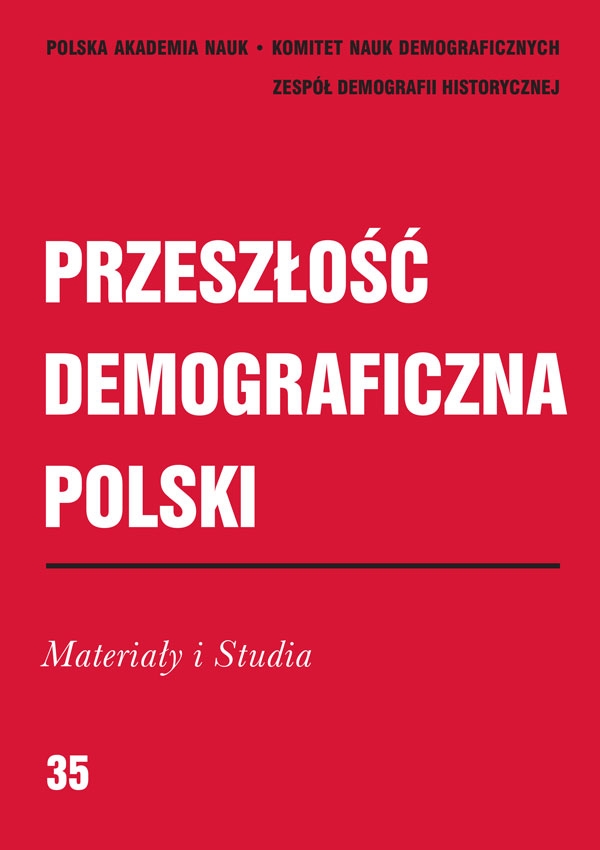 The aim of the article is to analyse the population structure as well as the family structures of Ukrainian peasant households in the first half of the 19th century on the basis of several villages in the Teofilpol estate in Podolia and to compare the results with the data from other regions of the Polish-Lithuanian Commonwealth with Polish and Ukrainian populations.
In the analysed villages peasant households numbered on average 6,8 individuals. An important feature of peasant households was a high number of relatives and a small number of servants and landless tenants. The term “relatives” usually referred to very close relations, mainly brothers and sisters who were single or with families, children of the head of the household with their families as well as his parents, usually widowed mothers. As numerous relatives lived together, there was virtually no need for hired labour, hence the scarce presence of servants. The possibility of living in one’s father, brother’s or son’s household and thus being provided for meant that in the local Ukrainian communities there were virtually no people who had no homes, permanent source of income and who had to be put up by someone. In the population in question landless tenants constituted 2,8% of the population, servants — 1,3% and relatives — 30%, while in parishes in the west landless tenants constituted 7,3–16,4%, servants 12,5–24,4% and relatives 4,5–14,1% of the total population.