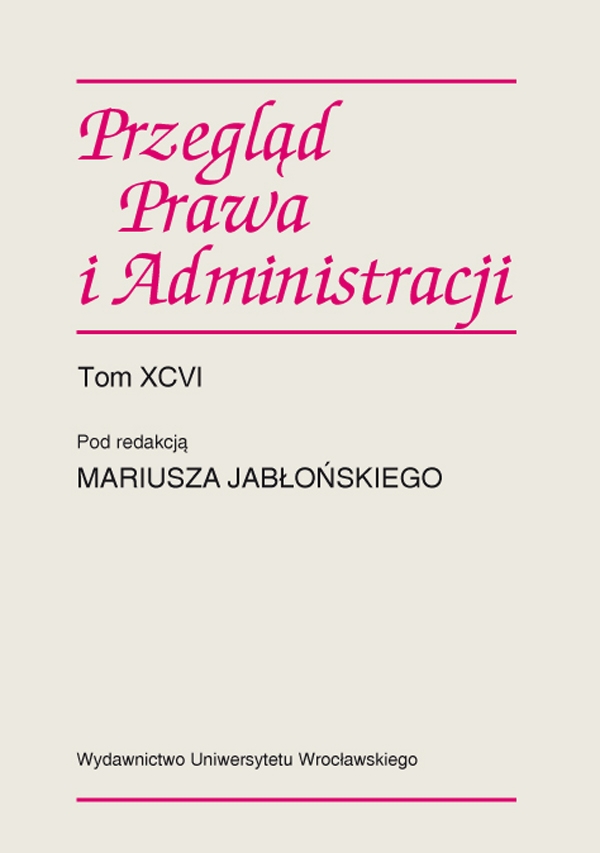 A FEW COMMENTS ON THE LEGAL DEFINITION OF MOBBING

Mobbing is one of the most severe social problems. Due to its global and individual character it poses a threat to the inherent and inalienable right of human dignity. On the basis of existing legislation it is extremely difficult to determine clearly what mobbing is. There is a possibility that an expanded definition of mobbing which contains many of the concepts of the risk of dissemination practices, could lead to a number of negative consequences for the functioning of vocational training of workers. However, there is no doubt that the regulation is required defining mobbing more clearly across many substantial matters. In this case, we discuss a “good of constitutional rank”: human dignity and its protection. Human dignity can run into conflict with decisions of the legislature, particularly in those cases in which the law lacks:
— a clear and precise definition of the concept of mobbing and a unique description of this phenomenon. Due to a lack of unambiguous definition of mobbing, there can be many misunderstandings and misinterpretations regarding its essence;
— a strict and binding recognition of the consequences of mobbing, especially regarding effects that have a significant impact on the health and productivity of the victims of aggression.