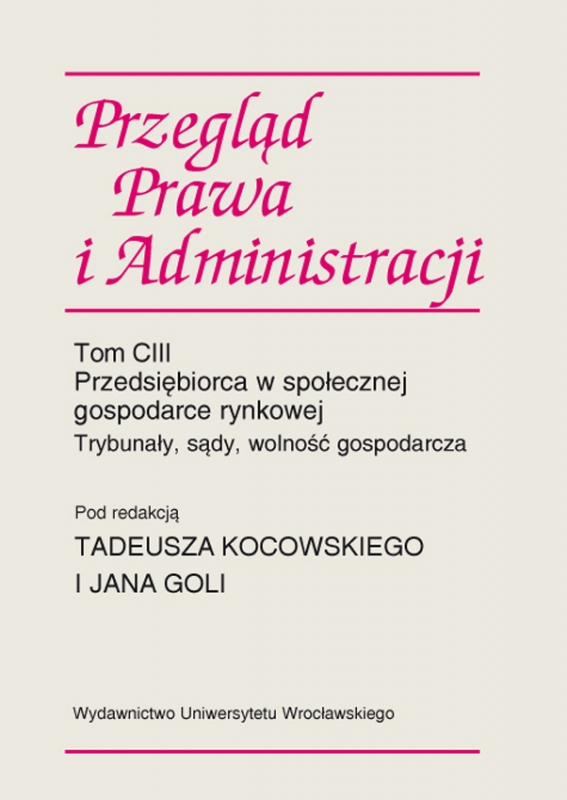 INDEPENDENT AND IMPARTIAL COURT FROM THE PERSPECTIVE OF PUBLIC ECONOMIC LAW

Article 267 of the Treaty on the Functioning of the European Union talks about the “court of a member state”. No determinants characterizing such a court are indicated in this article. These determinants were specified primarily in rulings of the Court of Justice of the European Union. The Court also granted the member states a power to appoint the bodies that hear cases involving European Union law. States use this power and delegate competences to give rulings to bodies situated outside the system of courts and tribunals.