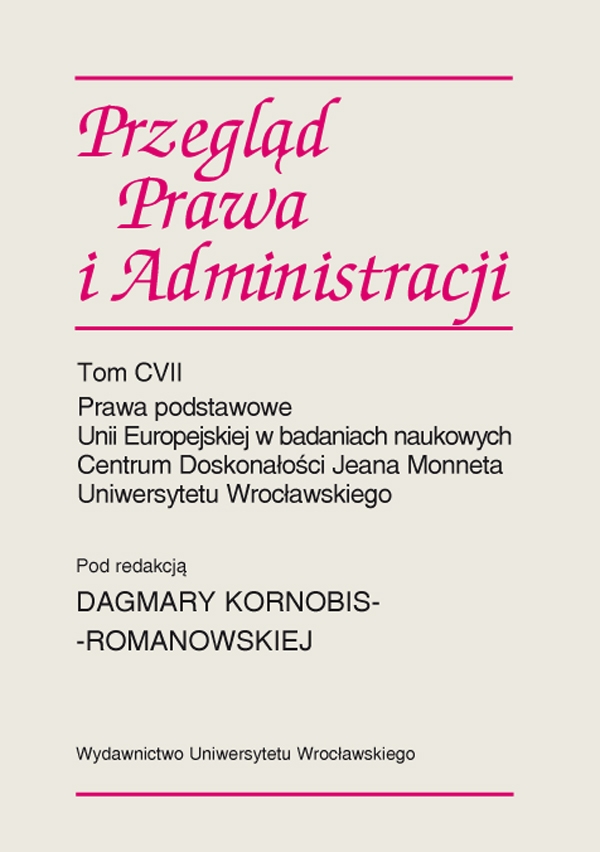 THE COURT OF JUSTICE OF THE EUROPEAN UNION AND “SOCIAL TOURISM”

The idea of social citizenship in the European Union as a brand new stage of the integration process following well established market citizenship used to be very popular and tempting, especially for Euro-enthusiasts. Taking into account at the same time how important social rights turn out to be for modern state and citizenship it should not be a surprise that such development would be a solid basis for the concept of the more advanced and human-oriented Union. For the decades since the Maastricht Treaty the evolution of the case-law of the Court of Justice has seemed to prove that direction. Unfortunately, due to the worldwide crisis as well as new EU accessions covering rather less developed countries, political climate has changed in recent years and particularly EU migrating citizens’ claims for social benefits are rather considered a threat and part of so called “social tourism” that needs to be explained. As it turned out the CJEU case-law has also been modified and here the most famous example is the Dano case.

The main purpose of this paper is to analyze the most important changes brought by this ruling and subsequent ones until the present day and their wider implications. What is particularly interesting is the restoration of practical meaning of the limitations and conditions for legal residence and social assistance stemming from Directive 2004/38 that seemed to be almost omitted in previous case-law in the name of respecting the general citizenship guarantees and non-discrimination principle. There should also be no doubt that  his principle shall not be treated as unlimited for all EU citizens who find themselves in the same situation, as Member States are again entitled to differentiate them more rigorously basing on such criteria as the level of integration with its society and the market. Another important aspect that has been modified refers to a less individual approach to every claimant for social benefits which was criticized due to serious administrative burden for national authorities and the way it became rationalized also seems to be quite interesting.