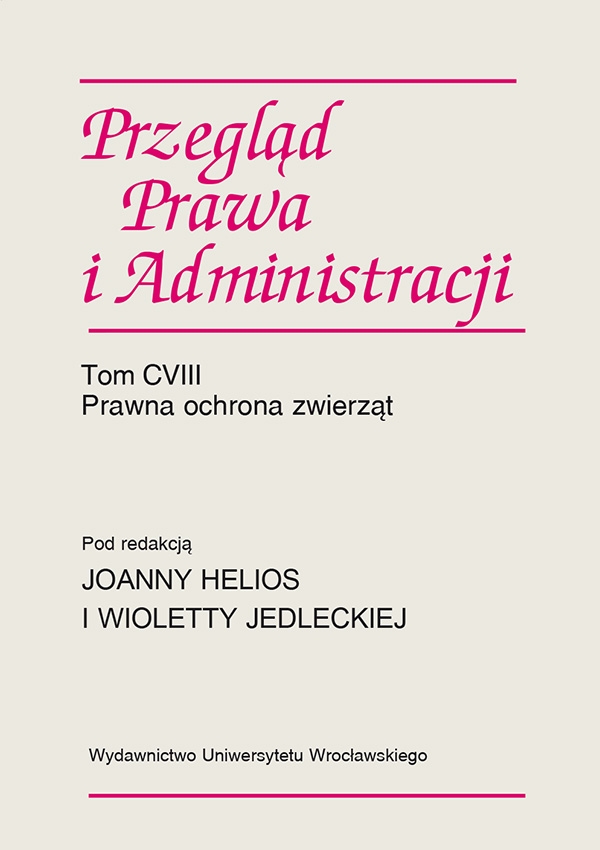 The main goal of this article is to analyse the legal regulations of the conditions of purebred dog and cat kennels in Poland. During the work on the amendment of the Animal Protection Act in 2011, the issue of the existence of “puppy mills” has been raised. This phenomenon is defined as mass, profit-oriented breeding of purebred pets at the expense of animal health and well-being. It is also often accused of exacerbating the problem of stray dogs and cats due to the increase of their population. The changes implemented in the amendment were supposed to curtail the scale of this phenomenon through imposing acompulsory membership in social organisations obliged to control breeding conditions on breeders. However, it has not worked as intended — puppy mills still exist and the legal regulation is criticised both by breeders and by institutions concerned with the issue of stray animals. Current legal solutions were analysed in this paper, with special attention paid to their goals and the way they were implemented. Existing and emerging problems were also indicated. It may be of help in creating essential legislative changes as well as in fulfilling the Act’s objective.