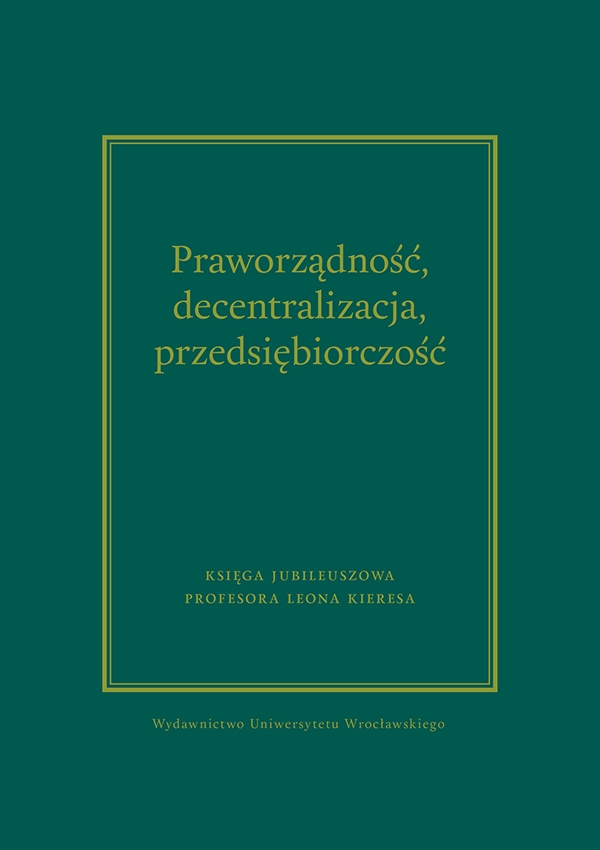 PREVENTION IN THE SPHERE OF QUALIFYING ACTS IN COMMERCIAL ACTIVITY

This article discusses the problem of a preventive character of qualifying acts in the sphere of public commercial law. The qualifying acts decisions form one of the elements of a broader sphere of regulation, i.e., administrative reglamentation in the market economy and their purpose is a determination of the existence of certain aspects of legal or factual nature and their subsequent quantifi cation. The paper characterises the basic features of these juridical instruments as well as analyses their function in the sphere of preventive supervision. The entirety of qualifying acts was divided into subcategories, the significance of which with regard to commercial activity was also pointed out. In the ending, certain conclusions with regard to the said institution were also formulated.