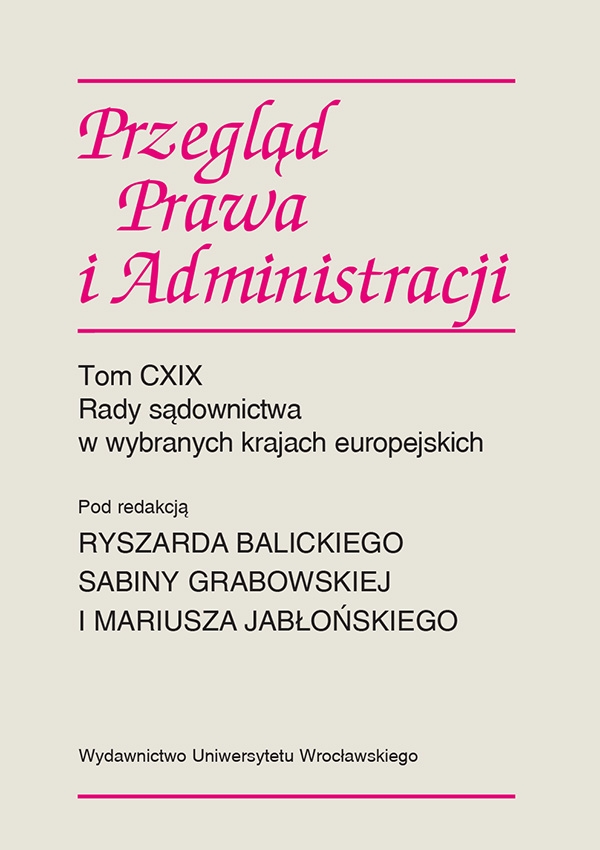 A DISPERSED SYSTEM OF BODIES SAFEGUARDINGTHE INDEPENDENCE OF JUDGES IN IRELAND

In the rankings conducted by the European Commission, the judicial system in Ireland was classified as the second in Europe due to the high degree of independence of the courts from other bodies. At the same time, this system, unlike in many other European countries, is strongly dispersed. Recent years have been a time of reforming the organisation of the judiciary, and the Judicial Council Act, introduced in July 2019, was supposed to solve most of the burning problems. Despite equipping the newly-established Judicial Council with a number of competences, it seems that without a thorough change of the whole system and creation of a body that would be responsible for performing at least most of the tasks related to the administration of the judiciary, the situation of judges in Ireland will not improve.