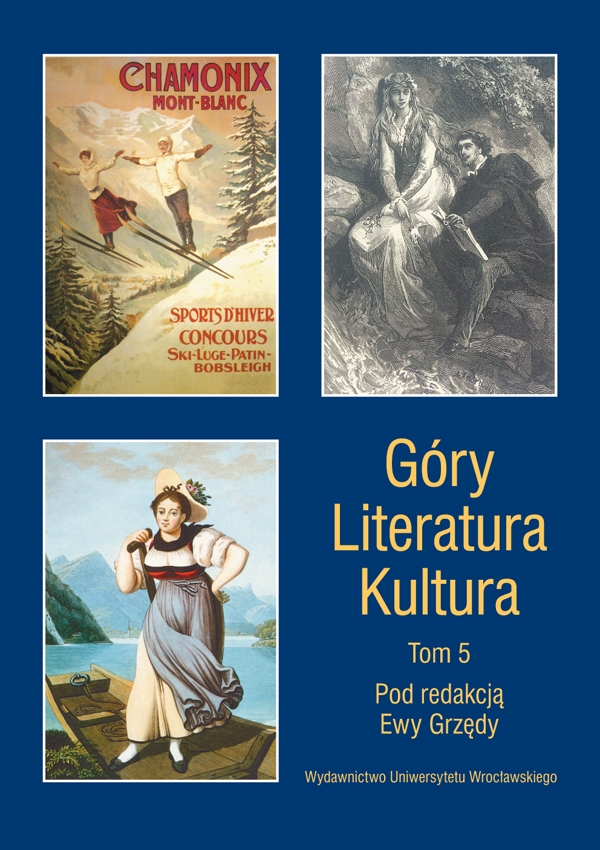 The once famous poem by Albrecht von Haller 1708–1777, Die Alpen The Alps, 1732 played an important part in the history of both Alpine literature and of Alpine tourism, but, first of all, in the spread of the myth of Switzerland as a land of freedom. Its author came from Bern; he was a distinguished scholar, professor at the Göttingen University where he lectured in anatomy, surgery and botany, as well as a talented poet. Though his Alpine poem quickly became famous all over Europe, it remained unknown in Poland. When showing the life of the Alpine highlanders, the poet idealised it in the spirit of sentimentalism but made the background of this idyllic vision in the poem – the Alpine landscape – natural and introduced important realistic features into the image of the highlanders’ life in accordance with nature. The Alps or the picture of happiness of the people of Switzerland had quite an important influence on the development of the image of these mountains and their dwellers in such works anticipating the Romantic fascination with the Alps as Jean Jacques Rousseau’s New Heloise, August von Platten’s Einladung zu einer Schweizerreise 1816 and a poem by Friedrich Schlegel, Weintritt in die deutsche Schweiz. In Poland Haller’s work was unknown because the Polish sentimentalism did not associate its emotions with mountain landscapes. Kazimierz Jaworski’s 1821 translation of Haller’s poem, though pretty and faithful, came too late to have an impact on mountain motifs in Polish literature. However, today it is worth bringing it back from obscurity to present the content of Haller’s work and to illustrate the interest in Switzerland as a land of freedom at the time.