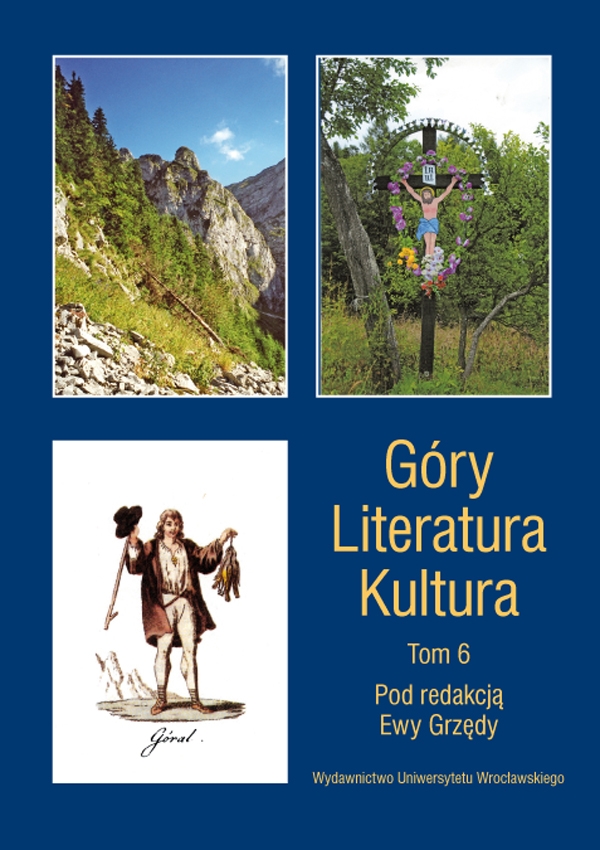 The article is an attempt to interpret Józef Ignacy Kraszewski’s novel Wielki nieznajomy [The Great Stranger], the plot of which includes reminiscences of the writer’s brief stay in Zakopane in 1866. The most interesting thread in the novel is a trip to the Tatras that is interrupted and put on hold by bad weather. The protagonists are impatiently waiting for it to improve, expressing their scepticism about holidaying in the Tatras. In the novel, Kraszewski ridicules and exposes pathological forms of behaviour of intellectuals in the mountains. All protagonists expected not only entertainment from the trip, but, first of all, extraordinary, ecstatic experiences. They were not wrong when, in Nowy Targ, enchanted by the sight of a mountain range stretching before their eyes on the horizon, they observed the sunset, presented by Kraszewski in the convention of a painting, emphasising the colourful palette of changing hues, turning gradually from bright to dark colours. It is the only bright episode in the entire trip to the Tatras. Rainy weather put Kraszewski himself off Zakopane, but by that time the writer had become such a well-known and respected figure that members of the Tatra Society decided in 1877 to commemorate this biographical episode of the author of Wielki nieznajomy by calling two rocks at the exit from the Kościelisko Valley which the writer visited personally the Kraszewski Gate and placing a commemorative plaque on the spot. The plaque was blessed on 14 August 1879 in the presence of members of the clergy and guests from all three partitioned parts of Poland.