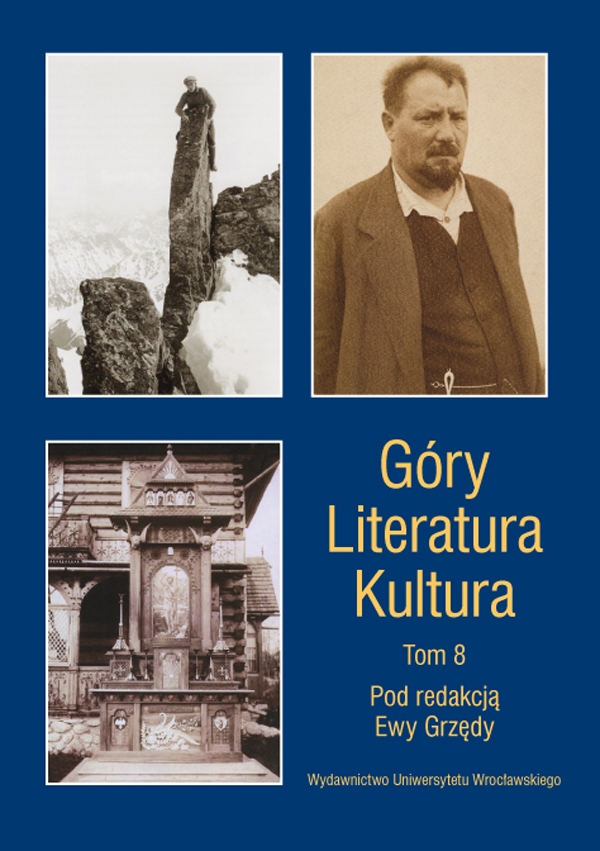 The mountain motif is common, though to varying degree, in fairy tales from all over the world. It can be based on archaic myths with a highlighted opposition between the top and the bottom, placed in a cosmological representation of the world tree and the eternal conflict between the god of thunders and the chthonic demon acting to the detriment of people. In fairy tales this spatial opposition is symbolised and relativised, as a result of which a mountain can be inhabited also by creatures that are enemies of humans, and can oppose a legendary hero. The influence of myths and religious beliefs on fairy tale onomastics and mountain topoi was very evident outside Europe, expanding the scope of mythologemes associated with it to include the motif of mountain caves and caverns with moving crevices Asia, volcanic islands inhabited by the gods of fire Philippines, Polynesia, anthropomorphised mountains Africa, Arctic or mountains located on the Moon Andes. A question remains, however, as to the extent to which the cult of mountains seen in religious beliefs Christianity, Islam, Buddhism influenced the type and actions of characters from fables, both positive and negative, and the extent to which the weakening of the link to myth religion influenced the aestheticisation of the physiognomy of mountains.