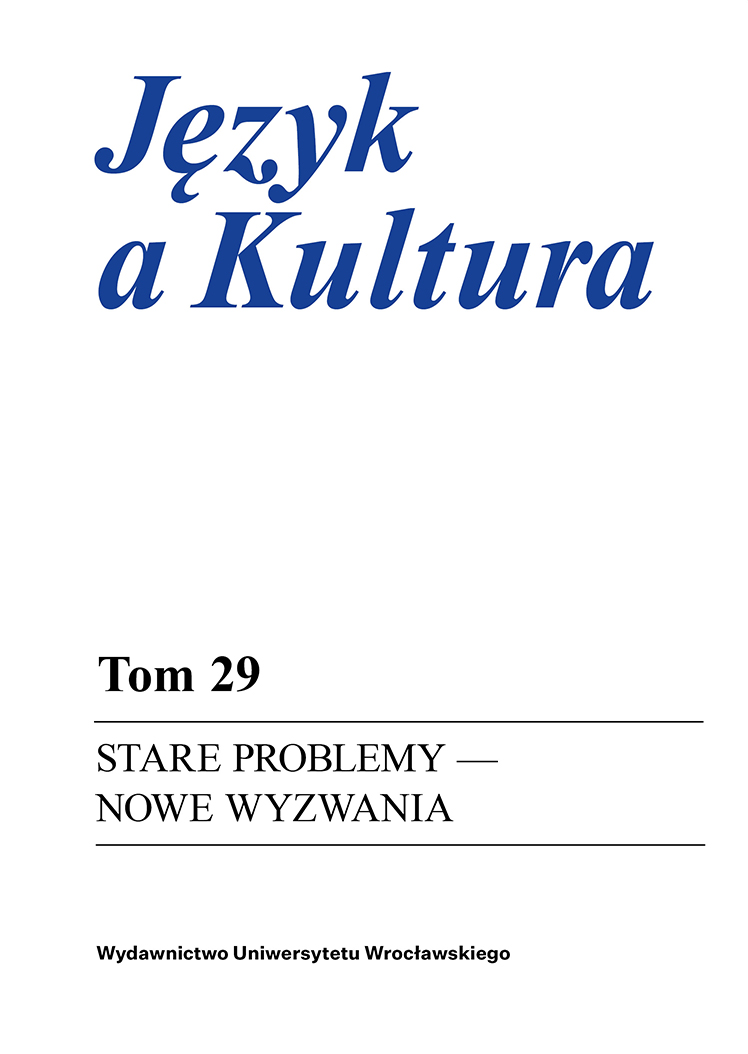 The senses are the basic cognitive tool of man. For this reason, the concepts describing the senses serve to represent other human activities metaphorically and metonymically. The article presents the use of names related to sensory perception in Polish phraseology. Names describing the sense of sight predominate, followed by terms related to hearing and touch. The use of taste and smell is very rare. Detailed analyses were carried out on the example of names related to the sense of touch. Phraseologisms often express synesthesia relationships by referring to more than one sense. Most often, however, the names used in phraseologisms describing the senses are used to describe other categories. For the names related to the sense of touch, the target ranges are mostly the human state, interpersonal relationships, and the determination of human characteristics. There are also single references to human behavior, valuing, and transience. It happens that phraseologisms without terms corresponding with the senses acquire meanings related to them.