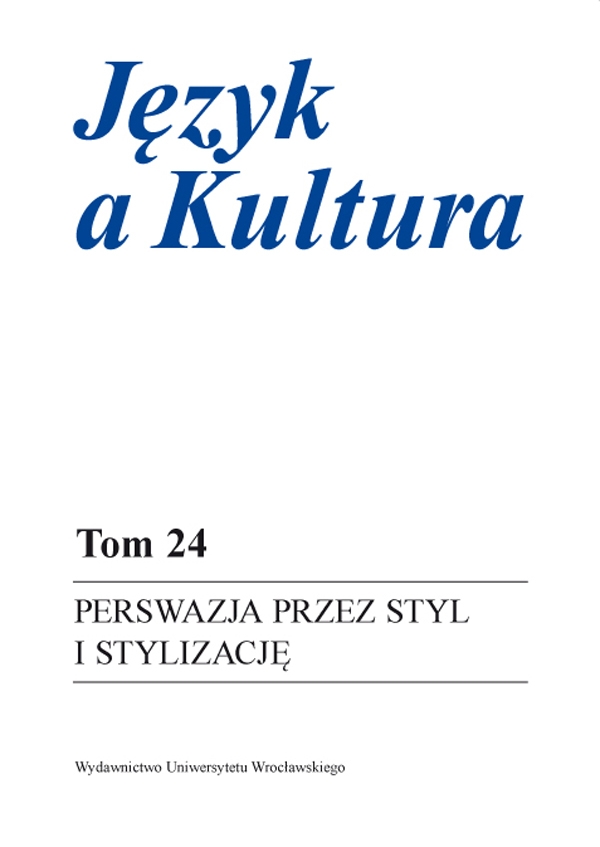 The style of power

This article deals with the pattern of utterances contained in style and genre, a pattern which itself carries a blueprint of the relationship of the social roles for both the sender and the recipient. Social roles established in styles involve a mandatory code of courtesy and rules of decorum.
With the code of style it is possible to indicate a particular social role in a variety of contexts, from advertising through making a demand or threatening, to summoning. Persuasion i.e. its efficiency is then dependent on the perceived trustworthiness of the sender, which is carried by her or his style rather than or as much as by the message they set out to convey.
The style of a given genre also constructs a useful world of metaphorical equivalence, such as: overweight = death and losing a few pounds = happiness and fulfillment. If the values we adopt are carried and influenced by a particular style, then clearly the strength of the style lies in its educational value.
One of the totalizing discourses is the language of science. Its use is regulated by institutions that bring together attested scientists. However, there is a wealth of parasitic terms that deliberately copy the scientific style in hope of stealing some of science’s credibility.
Furthermore, new communication situations generate new styles, which are ritual or magical. These include species such as cover letters and success guides. A style works magically when it is commissioned to create a propaganda myth, one that employs a language of cliches, such as the nourishing mother, nationality, enemy, allegiance.
A style is presented as a set of signals created to regulate social relations without unnecessary revelation of physical power and domination that may stand behind the message. Therefore the communicator, unless she or he establishes relations with a free rhetoric play, uses the institutionalized social role rather clearly reflected in style.