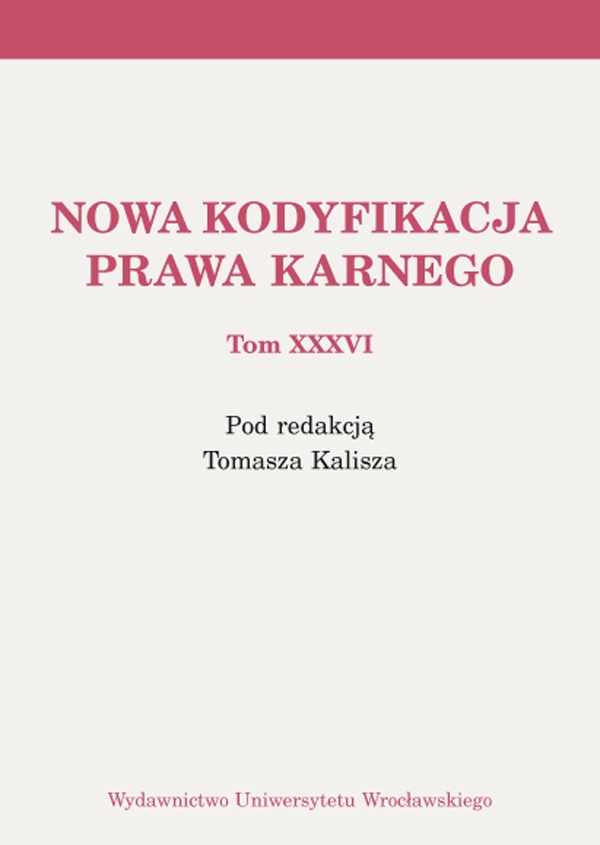 The issue of driving to suicide — considerations in the light of the statutory traits of Art. 151 of the Polish Criminal Code. Part 2

This article covers the criminal law assessment of participation in suicide, based on the statutory offense model of regulation concerning driving someone to killing themselves adopted in the Polish Criminal Code of 1997. This deliberation starts with the social and normative perceptions of suicidal behaviour. Arguments concerning the position of the modern legal system, which presumes that suicide is not a criminal act, are presented. The article pays attention to the multiplicity of motivations, starting with arguments on the rights and freedom of an individual, next analysing points of the praxeological, political and criminal character and finishing with elements of a humanitarian nature. Stopping the punishment of suicide in the causative form leads to the exclusion of the possibility of prosecution, which is based on the general rule of the non-causative form of involvement in another person’s suicide. This shows there is a need to criminalise these types of behaviour within the limits of an automatic type of crime. The central theme of this article is the analysis of the ratio legis of criminalisation of driving other person to committing suicide, discussing the form of its implementation and the dogmatic interpretation of its statutory definition, despite there being a lot of doubt found in the legal literature about its interpretation. This article makes an attempt to explain the main points. There are also selected elements of this crime found in foreign regulations based on the construction of certain features of Art. 151 of the Criminal Code. Comparison of the legal status of the incitement to suicide regulations in Polish Law with its equivalent in foreign legal systems allowed the definition of the main rules shaping the crime in modern criminal law and pointed out those rules which appear to be universal. There is also mention of the conclusions de lege ferenda. In the literature there is a very strong emphasis on the lack of statutory definition of the crime in Art. 151 of the Criminal Code. This elaboration makes an attempt to indicate the possible directions of modification of the current shape of the definition of this crime.