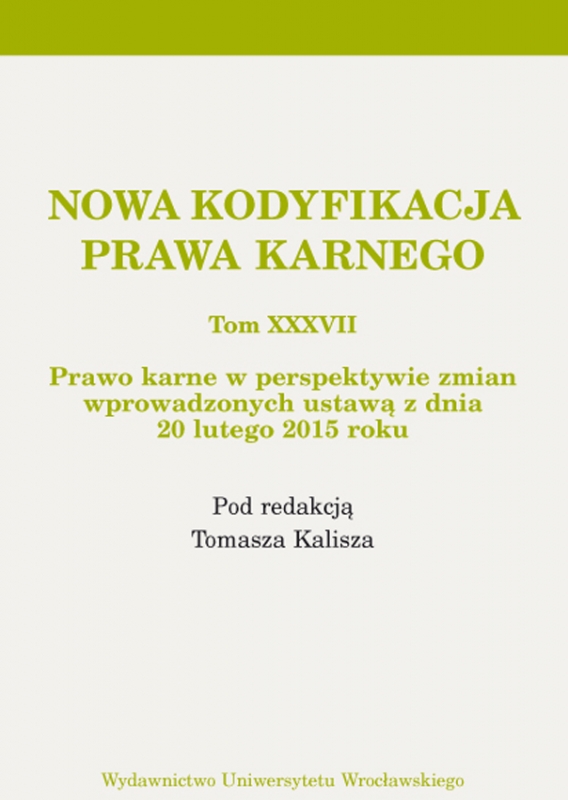 Deferral of the commencement of punishment of electronic monitoring in light of the amendment to the Executive Penal Code, dated 20th February 2015

This article concentrates around the institution of deferral of the commencement of electronic monitoring. It is abrand new solution, introduced to the law order with the Act of 20th February 2015 amending the Act — Penal Code and other acts. In the scope of the author’s interest there is not only the punishment of restriction of liberty, mentioned in Art. 34 § 1a point 2 but also specified punitive as well as safeguard measures. In the deliberations on the subject particular attention has been paid to the basis for applying this institution and the means of the right conduct after the deadline for the total period of suspension of the execution of a sentence.