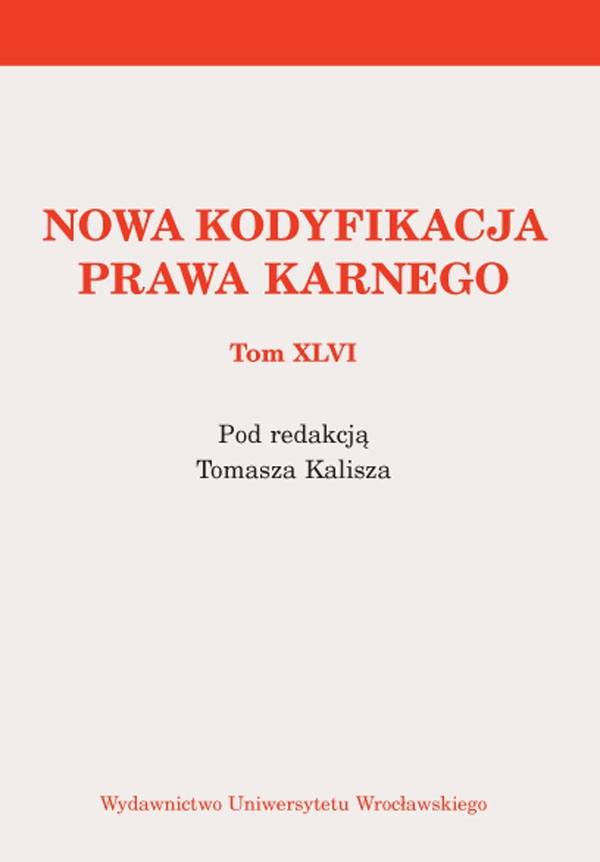 The article considers the problem of punishment for the series of crimes. It raises the legal character of the rule of tightening the criminal responsibility as a consequence of committing crimes remaining in a confl uence of events connected with the buckle of continuity. The main doubt accompanying such evaluation is connected with the answer to the question if the legal eff ects within the scope of punishment resulting from the art. 91 § 1 of the Penal Code express ordinary or extraordinary punishment. The dispute about the legal nature of the consequences resulting from that regulation has not only the theoretical-legal dimension. Accepting one of those options causes far-reaching legal consequences within the sphere of the law practice application. It decides about the scope of the legal responsibility and determines the relations with other statutory premises that modify its limits. In this context there are also the remarks considering the conditions of accepting the set of principles, resulting from art. 57 of the Penal Code, reforming those limits with the rule of punishment for the series of crimes. The analysis takes up the problem of the punishment for the continuous act defi ned in art. 12 of the Penal Code. We have to take into consideration that this institution derives from the same as the series of crimes structure of the continuous act of crime that was in the Penal Code from 1969, which is the basis of the extraordinary tightening the punishment. Thus there comes the question — whether resigning from modifying the principles of legal responsibility for the continuous act of crime can lead to impression of the dissymmetry of penalty of both structures, and is that the reasonable and rational solution.