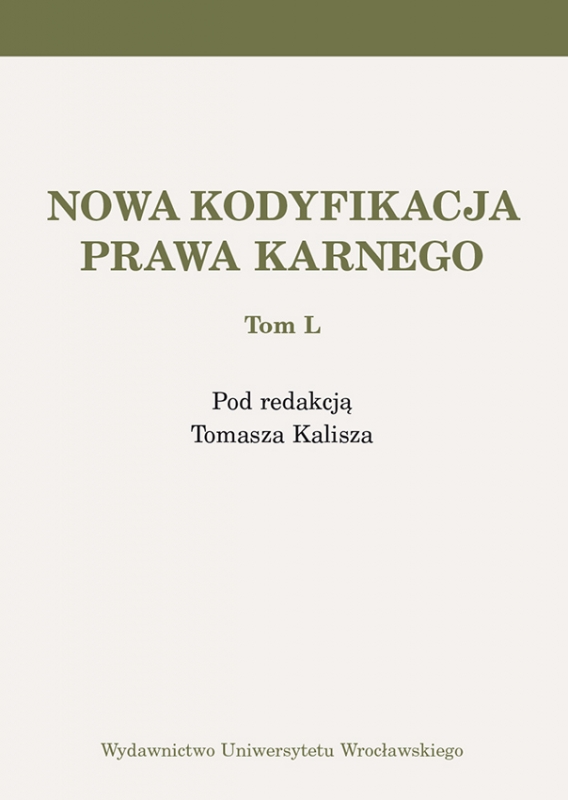 Remarks on the essence of a terrorist crime and penalty for it. Part II

The paper is an attempt to draw attention to some of the most important aspects of the problem of terrorist crimes, a problem that is complex both in criminological sense and in terms of the legal dogma. The starting point for the reflections in Part I of the article is a historical analysis of the origins and evolution of the dogmatic and normative perception of and approach to the concept of terrorist crime — beginning with the legislation of the interwar period, through post-war provisions and ending with the regulations of the 1969 Criminal Code. The Central question of this part is an analysis of the normative form of the terrorist crime construct under Article 115 § 20 of the Criminal Code, its legal nature as well as consequences of the application of the analysed norms. The reflection of Part II of the paper encompasses issues concerning the consequences of a terrorist crime in terms of statutory and judicial penalties as well as other penal measures. In this part the author analyses, in particular, the question of extraordinary enhancement of punishment for terrorist crimes, including doubts that can be aroused in practice by the regulations concerning punishment progression applied to terrorists as well as the possibility and rules of applying other measures having an impact on the legal situation of the perpetrators of terrorist crimes.