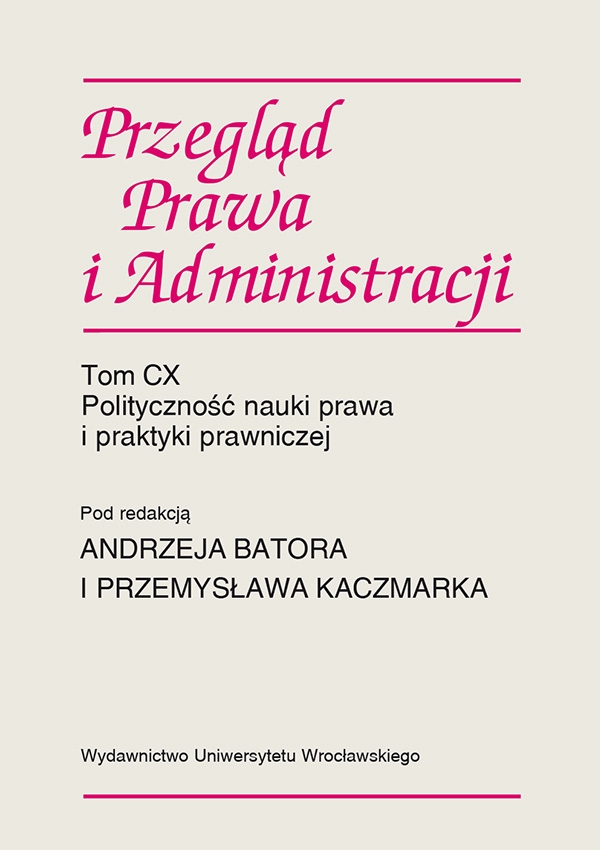 The purpose of the text is to signal the need to investigate the conditions for the preserva­tion of the independence of lawyers who practice and simultaneously engage in science. Research independence is understood in the text as loyalty to the principles of methodology and ethics of research. There have been, and will be, lawyers-scientists who are creative, well-skilled to do re­search, and also autonomous, capable of criticizing the status quo, striving for truth no matter what the consequences. In the 21st century, being in such aposition is getting harder and harder. This is due to the fact that many lawyers-scientists concurrently perform important social and occupational roles besides scientific research. The article focuses on two examples of conditions that hinder the preservation of independence and entice lawyers-scientists into the world of politics and ideology. It is: a the activity of lawyers-scientists in the mass media and the consequences of the so-called “aureole effect”, as well as b the “dual occupancy” and the meaning of “participation effect”.