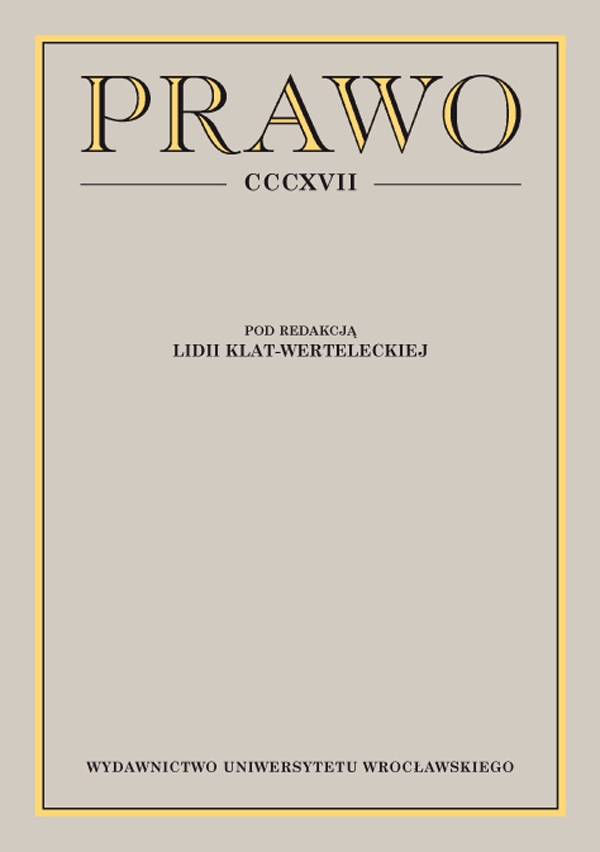 Consequences of the link between national legal systems and the EU system, inter alia changes of parliament’s competences, expanded scope of parliamentary control, increase in executive’s importance within the EU area, decentralization within the scope of conducting foreign policy reveals the potential direction of constitutional amendments.
The phenomenon of Europeanization, which may be defined as a process of intertwining of EU regulations and national constitutional regulations having source in constitutional norms authorizing the transfer of certain competences of public authorities to the EU and the constitutional obligation to observe international law in such a way that the EU regulations within the scope of transferred competences determine the amendments to the national constitutional norms” concerns also the Constitution of the Republic of Poland. These considerations aim to identify the most common and modern tendencies in this regard including the shape of national constitutional regulations.
Proposed amendments to the Constitution of Poland regarding membership in the EU are evaluated with regards to the actual needs of Polish legal system. In conclusion I admitted that they are strongly justified but not indispensable. Their “programme” function is prevailing over others and at the same time determines the whole legal system that adopts EU models almost automatically.