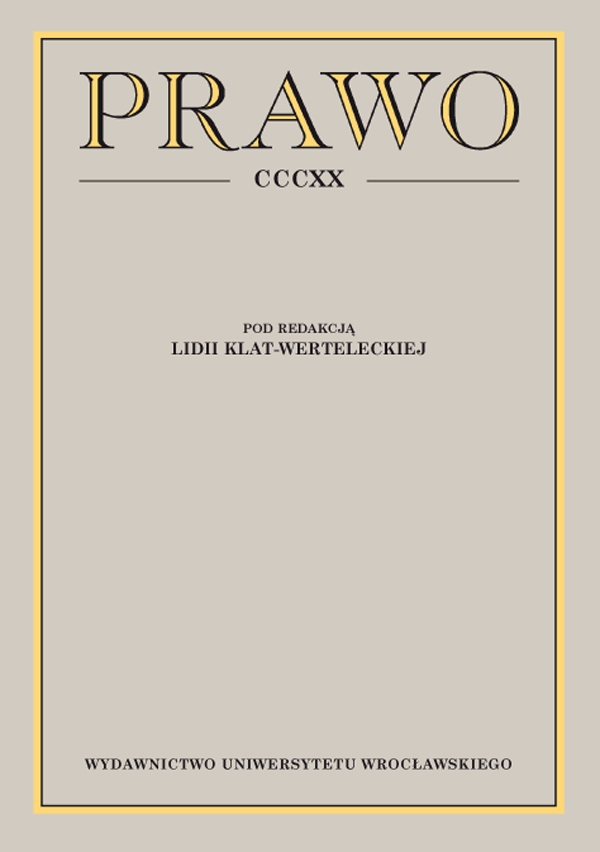 The purpose of this article is to demonstrate the influence of German writers, first of all the pandectists, on the thought of V.E. Orlando and the role they played. Orlando was the founder and constructor of Italian public law scholarship. The paper is based on the research of F. Longchamps de Bérier, but also M.S. Giannini, A. Sandulli and S. Cassese. The article describes three issues-problems. The first concerns the reasons for and conditions of the study of V.E. Orlando, particularly historical conditions. The second focuses on the principal theses of his manifesto. The last question is dedicated to one of the major handbooks of administrative law by this author — Principi di diritto amministrativo. The results confirm the opinion of F. Longchamps de Bérier and S. Casses, that the conception of V.E. Orlando was the determinant of the pandectists thought.