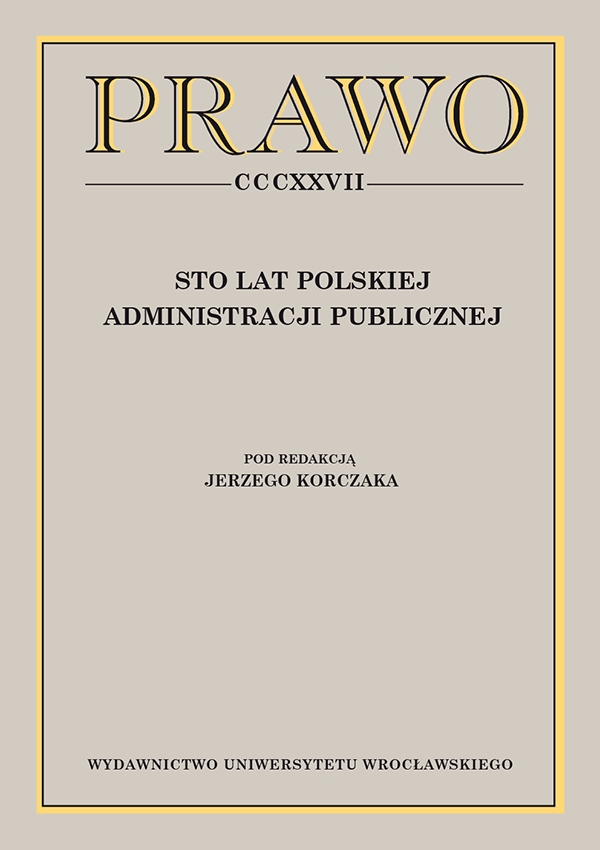 Establishment of a judicial system and ensuring independence of judges in Lithuania, 1918–1920

The problems of court relations with the other branches forming the constitutional triad of powers the legislative and the executive as well as judicial independence are among the most sensitive issues, which never lose their relevance. The article deals with the problems by reference to the constitutional and ordinary law of 1918–1920, the circulars of the Ministry of Justice, other legislation, as well as research papers. A retrospective analysis of certain issues is also presented by way of establishing links with the Constitution of 3 May 1791 and other historical sources of law. The co-authors have arrived at the conclusion that, while refl ecting general observance of the principle of separation of powers and the intention to ensure judicial independence, the Founding Principles of 1918 and 1919, adopted by the State Council, and the Interim Constitution of 1920, adopted by the Constituent Assembly, enshrined the legislative and the executive powers explicitly but judicial power only implicitly the texts do not even mention courts and the respective principle is derived from the others. Due to the severe shortage of lawyers in 1918–1920, judges were allowed to serve in the executive branch at the same time. The Ministry of Justice explained the law to judges, while judges assisted the executive such as the police in discharging their functions. All that contradicted the principles of separation of powers and judicial independence but was accepted as an unavoidable and temporary arrangement. The Ministry of Justice tried to avoid abusing its power and harming the dignity of the judicial system’s employees by intrusive oversight, and acted in their regard as discretely as possible. It encouraged judicial independence and activism and demonstrated confi dence in the courts.