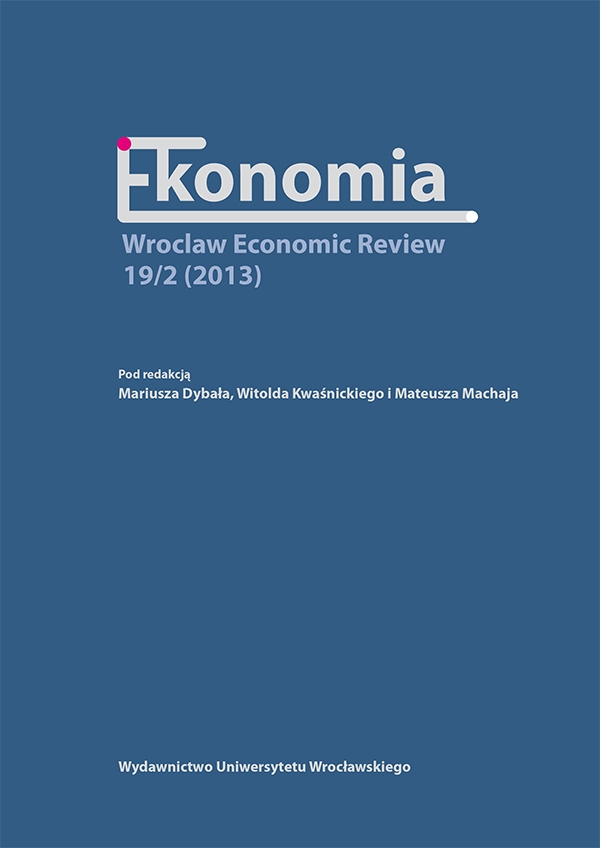 Between monetarism and controlled economy. Influence of world crisis in financial markets 2008–2009 on changes in liberal theories of economic development

Crisis in the financial markets 2008–2009, often referred to as the “financial bubble,” questioned the monetarist theory shaped in the second half of the 20th century, whose precursor was Milton Friedman. Decrease in the rate of economic growth in highly developed Western economies, which was a result of that crisis, forced leading economists to critical opinions on the commonly adopted monetarist neoliberal system of market economy. American economist Paul Krugman U.S. President Barack Obama’s economic advisor became a proponent of returning to controlled market economy and supported state intervention in the economy. The article is a contribution to the discussion about the new model of market economy which would exclude market failures.