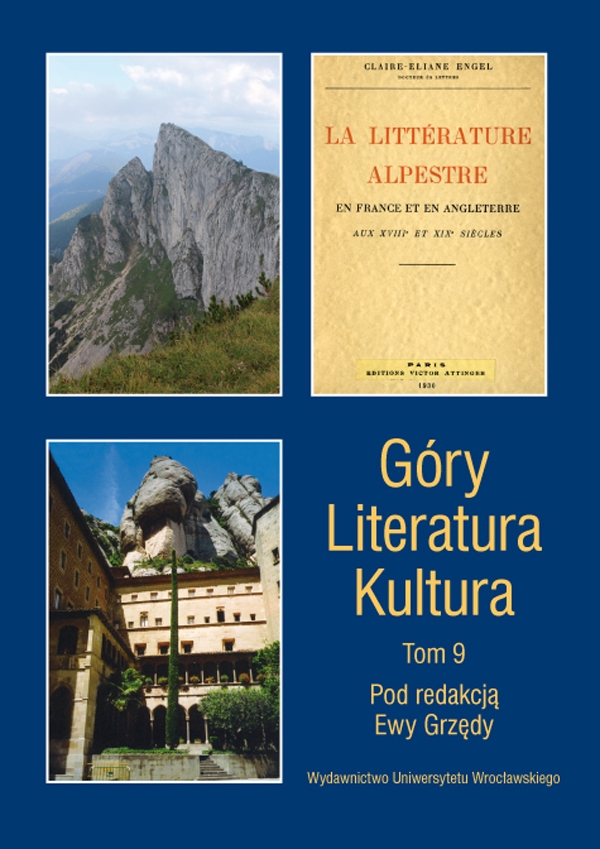 Among the Polish exiles to the Caucasus in the 19th century the greatest master of mountain themes seems to be the most eminent representative of the so-called “Tbilisi Group”, Tadeusz Łada- Zabłocki, in whose collection Poetry of the Third Period. Written Beyond the Caucasus. 1838–1845 Petersburg 1845 no fewer than 31 out of 40 poems were directly or indirectly associated with the mountains. The poet got to know the geographical and cultural realities of the Caucasus mountain tops, passes, valleys and rivers, mountain shrines, nature’s curiosities etc. very well during his wanderings over the region lasting several years as a soldier he travelled across today’s Georgia, Dagestan, Chechnya, Armenia and its border with Turkey and Persia.
Zabłocki’s mountain poetry is clearly ambivalent. On the one hand, the Caucasus is presented in it as a funeral space, the setting for the tragedy of captivity and extermination, an ominous border separating the exiles from their homeland and their loved ones. Zabłocki’s is a peculiar, deeply pessimistic, even depressive, variant of the Romantic mountain landscape. His vision is both mythologised and literary, stemming from an experience of the landscape through an archetypal cultural tradition the Prometheus myth. Other poems, on the other hand, are characterised by an approving, even affirmative attitude to the mountains. However, it is difficult to divide the poems strictly into two groups: perspectives sometimes merge, overlap and get reversed even within one piece.
In Zabłocki’s poetic visions of the summits, passes, valleys and rivers of the Caucasus it is not difficult to find well-known clichés and scenarios, typically Romantic or pre-Romantic like a metaphysical and emotional attitude, anthropocentrism, animisation, anthropomorphisation, monumentalisation and verticalisation of the mountains, all the Romantic models of “experiencing the summit” etc.. Like other mountains, the Caucasus Mountains, too, evoke in works by authors from that era notions like eternity, infiniteness, God, Nature, nature, mysticism, loneliness, freedom etc. They are hyperpoetic and hierophantic. However, the poet’s experiences of captivity, depression and pain in the Caucasus build semantics of a landscape completely different from the one known from the works of our bards eulogising mountains of the West, far-away North or the South, creating an unprecedented landscape, completely unlike the Romantic variant of the “Alps” or “Tatras”.