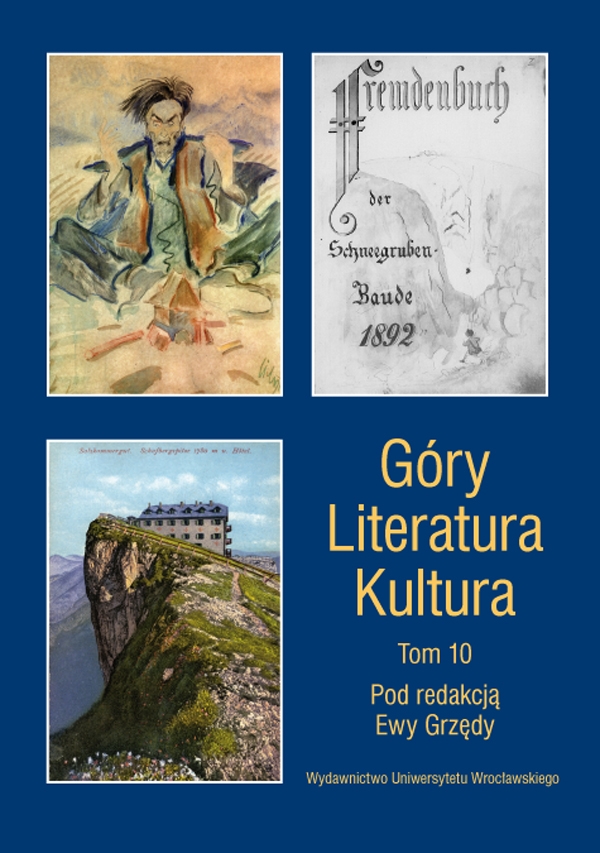 The Alps in the oeuvre of Hedwig Courths-Mahler

Known as the “queen of kitsch”, Hedwig Courths-Mahler [HCM] 1867–1950 wrote 208 novels for women, for whom she provided an escape from the stifling reality into the world of ideal dreams and feelings. The novels were set in the late 19th and early 20th century, with the spatial settings serving only as abackground for the events presented and usually not playing any major role in the plot. Novels that do stand out in this respect are those set in the Alps. Other types of space did not play arole as important as that of the mountains. In some respects the formula of HCM’s novels featuring mountain motifs reflected the poetics of Bergroman or mountain novel, a popular thematic variety of 20th-century novel. In line with the conventions characteristic of Bergroman, the mountains in HCM’s novels were not just abackground and scene for the action. To avarying degree they also determined the protagonists’ fate. Dramatic events like avalanches, storms, slides, falls into precipices, physical injuries, unpredictable disasters would crystallise their moral attitudes. Often the mountains would also provide abackdrop for their passionate romances.