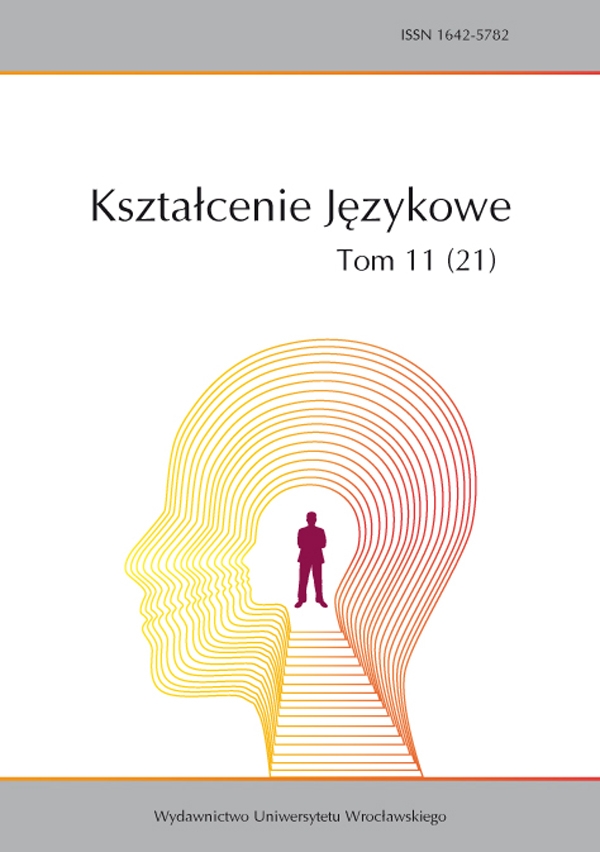 The aim of the article is to describe the development of the study of rhetoric — “the theory of the text and the science of reasoning on uncertain premises” — from the time of Richard E. Volkmann’s Die Rhetorik der Griechen und Römer in systematischer Übersicht dargestellt, Leipzig 1885 [repr. Olms, Hildesheim 1963, 1987; repr. [elibron] 2005; repr BiblioBazaar 2010] to this day. The author seeks to recognize trends in the study of rhetoric, starting with the tradition of classical philology including word processing, as well as their in­terpretation, the formation of such trends as rhetorical criticism, nouvelle rhetorique of Chaim Perelman, Kenneth Burke’s school or comparative and contrastive approach. A separate place
takes here an attempt at a synthesis by Heinrich Lausberg, Thomas Sloane, Walter Jost and Wandy Olmsted and the authors from the circle of the Historisches Woerterbuch der Rhetorik.The problem in today’s research on rhetoric, on the one hand, the emergence of it in various research fields, such as architecture, sociology, psychology, political science, on the other hand — increases difficulties in determining the scope of rhetoric on the one hand, and such learning, communication, and linguistics on the other. We should also note that rhetoric today is commonly confused with oratory, style, and even considered a science of only historical values, as a variety of historical poetics.However, it should be stressed that rhetoric, in different ways in different countries, has always been and still is present as the foundation of the school, academic education as well as in various courses such as improving writing skills and public speaking. At the same time, programs such as WAC Writing Across the Curriculum or WID Writing in the Disciplines realize that rhetoric is the condition sine qua non of their existence. At the end the author puts forward the thesis that trial, story, any field of knowledge can usually be still an open book, to which each new generation adds, at least, weighty contributions, which is not especially new. However, we are not always aware of the fact that new discoveries can affect our perception and understanding of not only learning the subject, but also its place within other disciplines. Sometimes — the consequences that bring with it a change in the current perception of specific knowledge. As regards the terms of rhetoric — the matter may have quite serious consequences — not only for this study. Finally, one of the most prominent scholars of today, Wayne C. Booth, is presented and part of his latest book entitled, The Need for Rhetorical Studies Today.
In the conclusion the author argues that rhetoric, as Richard E. Volkmann wanted is analogous to logic, and, as suggested by Michael Billig, it is “the traditional study and practice of argumenta­tion, provides an entry to an understanding of thinking.”