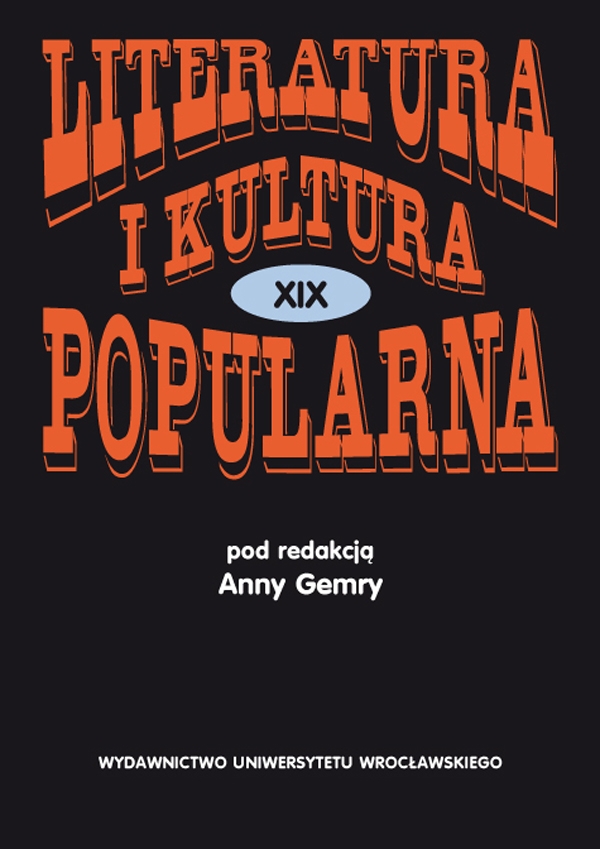 Strategies of reconstructing the past in contemporary. Polish popular literature reconnaissance

The ambivalence which is typical of pop-culture simplifying and assimilating to its own needs the undertaken coverage and at the same time being the object of interest of avant-garde authors who notice its artistic potential makes all unequivocal settlements condemned to failure. Still, researchers should work with “axiological suspicion” and assess pop-cultural phenomena carefully, especially when the pop-culture authors discuss social and civilization problems. A special place is taken by the historical memory which affects the way of perceiving the past by a single person and by the whole nation.
The contemporary pop-culture has elaborated a limited number of strategies which authors summoning the past in their stories use. The strategies are similar because of idealisation of the past and dissimilar because of different aspects of perceiving history through the imaginarium communis prism.
The most often used strategies of showing the past are:
• the past as a pretext for a mental experiment which enables construction of an alternative
course of time;
• apology of the past;
• demythologization of the image of the past.
The choice of a strategy is not indifferent for both the author and the reader. That applies especially to the choice between the apology and the demythologization of the past. The choice does not limit oneself to the way of presenting the past but it becomes an ideological interpretation of the author’s historiographical vision which depends on the author’s philosophy of life. It especially applies to the authors of gentium minorum who unintentionally copy stereotypes they could not escape from. In their stories the history very often becomes a pretext to criticize the modern times and then journalism dominates over an artistic creation.