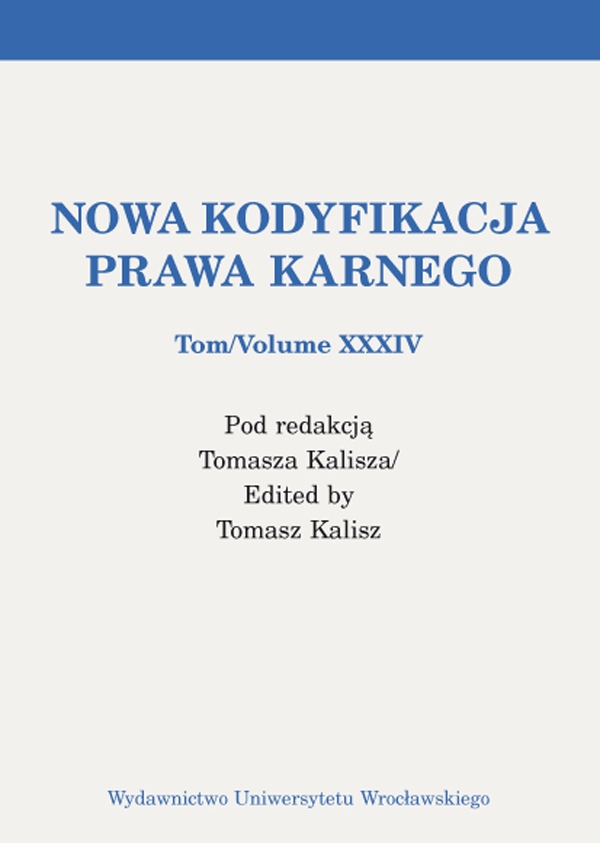 Aggravated murder and proposed changes to the Penal Code

The elaboration looks into the problems of aggravated murder in the context of the latest project of changes within the Penal Code. In view of the content of the expected amendment, which aims at eliminating such akind of crime from the domestic legal order and at returning to a“traditional” model of criminal law protection of life, this is not, however, the analysis or judgment of the proposed, “new” legal solutions, but rather an attempt to settle accounts with those currently in force and remonstrated the legal state, its advantages and disadvantages which have revealed themselves for several years of its functioning within the legal area. The article focuses on searching for the answer to the question about the justification and the purposefulness of the proposed direction of modification. It is interesting and because of this — apart from the significance of the matter which the change concerns — that the attempt to “return to the past” is not being taken for the first time. The distance towards this crime of the major part of the Polish criminal law scientific environment is commonly known. It is worthwhile to refer to the causes of such astate of affairs, recapitulating the argumentation of the opponents of this form of crime. In order to objectify the judgments, the arguments of the opponent side were also presented, the side which notices rational reasons for maintaining the status quo.